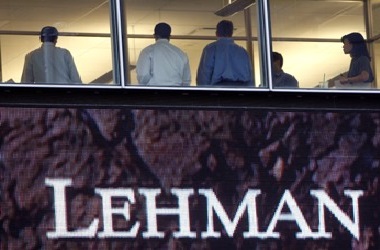 Some bankers cause even their brethren to despair. Jonathan Hoffman, a star trader at defunct Lehman Brothers, is in a New York court demanding $84 million in bonuses from the U.S. firm’s estate – even though Barclays already paid him the hefty sum.

Barclays bought Lehman’s American investment bank at the height of the financial crisis in 2008, and Hoffman ended up joining the UK firm. His new employer seems to have handed over enough to cover the eye-popping bonuses he expected from Lehman. That amount alone enriches him beyond most people’s wildest dreams. It also makes him lucky even for a banker, given the impact of the crisis on pay and jobs in the sector.

Yet Hoffman wants more, and he has added his name to the list of creditors of the Lehman rump who hope to recover some fraction of what they are owed. That shows remarkable chutzpah in the circumstances. It also betrays greed and an absence of awareness of how outsiders will perceive the case.

Though some details are sealed, the timing suggests that Barclays paid Hoffman to make up for what he would have received from Lehman. But that’s in dispute. The UK firm may not have put it in writing, raising the question of whether the promise was made twice. The whole set-up is reminiscent of former American International Group Chief Executive Hank Greenberg’s legal claim that the U.S. government somehow cheated shareholders by bailing out AIG.

If Greenberg prevails, which is possible, it will make the law look like an ass, since without government help AIG stockholders probably would have received next to nothing. The same principle applies, only more so, in Hoffman’s case. The legal result isn’t really the point. He is, in effect, looking a gift horse in the mouth, then suing it.

Barclays, where Hoffman no longer works, has done some broader soul searching over its investment banking culture, with Bob Diamond, the former chief executive, touting a “no jerks” policy to help change the mindset. Now led by Antony Jenkins, Barclays is far from alone in facing this problem. Hoffman exemplifies why some banks still have so far to go.

A 2008 file photo of the Lehman Brothers headquarters in New York.

Jonathan Hoffman, a former highly paid trader at Lehman Brothers, is in court this week in New York claiming $84 million in bonus payments he says are due to him from the defunct U.S. firm, the Wall Street Journal reported on April 22.

Barclays, which bought Lehman’s U.S. business at the height of the financial crisis in 2008, paid Hoffman that amount, according to lawyers for the bankrupt Lehman estate. But Hoffman’s camp says that was a separate arrangement and Lehman still owes him the money.

The federal bankruptcy judge in the case, Shelley Chapman, has set aside April 22-24 for a trial involving the claims of Hoffman and three other former Lehman employees, the Journal said.