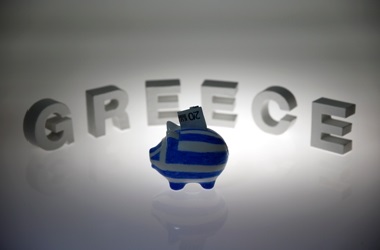 Greek banks are becoming marginally more investable. European Central Bank stress tests published on Oct. 31 revealed a 14 billion euro capital hole. The tests were doubly tough: the pass mark was high, and the state will not prevent shareholder dilution. Yet banks are stuck with bad loans and the economic outlook is unclear.

The Greek bank stress tests are critical for Greece’s future. The more credible the banks’ capital position, the sooner capital controls imposed after the government’s catastrophic bailout referendum can be lifted, giving the economy a chance of recovery.

Importantly, the government also imposed tougher-than-expected rules on how banks fill any shortfall. If banks have recourse to the state, at least a quarter of that must be in the form of dilutive share, not cheap contingent capital. As a result the government could end up owning a substantial stake: Citigroup estimates up to 45 percent in the case of National Bank of Greece, or 30 percent for Piraeus.

Such conservatism could be a buying opportunity. Piraeus, which revealed the biggest shortfall, is trading at just under 0.6 times its 2017 tangible book value, according to Citigroup.

Yet doubts remain. One is asset quality. Despite the stringent approach, the banks will be saddled with large stock of non-performing loans of up to 46 percent. That is likely to drag on valuations unless the government can quickly pass effective laws to speed up bankruptcy resolution and help the banks clear their stock of bad debt.

The second is the economy. The adverse stress test bakes in a severe 3.9 percent contraction next year. But it also assumes a stable recovery after that. Yet Greece is about to embark on a further wave of fiscal consolidation, and painful reforms, including tax increases. Less-than-perfect execution could lead to continued stagnation, and doubts over Greece’s place in the euro zone. That means its bank equity remains a bet for the brave.

A piggybank painted in the colours of the Greek flag with a 20 euro banknote in it's slot, stands in front of letters spelling the word 'GREECE' in this picture illustration taken in Berlin, Germany, June 30 2015. REUTERS/Pawel Kopczynski