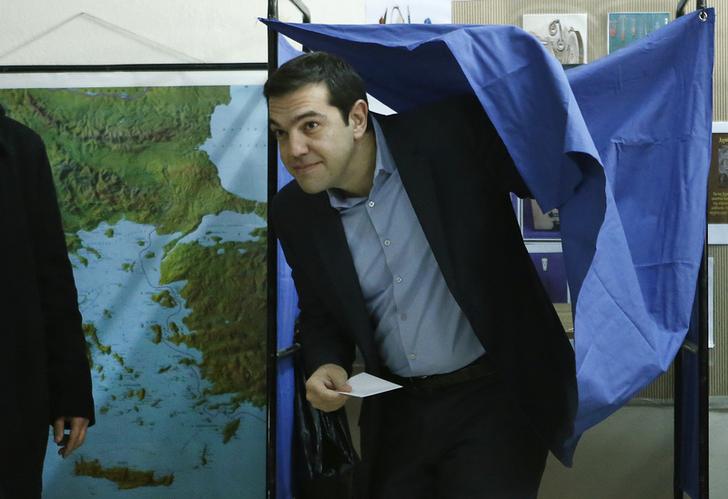 Greek banks have had a hell of a year. In January 2014, the sector’s shares were trading at almost double where they are now, buoyed by inflows of foreign capital. Holders of National Bank of Greece, Piraeus, Eurobank and Alpha Bank could anticipate a future of decreasing government stakes and healthy credit growth. Following the election of the anti-austerity party Syriza, everything is now on ice.

The most pressing issue is liquidity. The Bank of Greece counted 164 billion euros of corporate and household deposits in November, a third of all domestic bank liabilities, but the banks’ operations would be crippled without 56 billion euros of funds provided by the European Central Bank. The ECB has pointedly reminded Athens that the collateral used by the banks will not be eligible if Greece stops being in a bailout programme. The current one expires next month.

Even if that plug is not pulled, Syriza’s victory could prompt edgy Greeks to withdraw funds. The authorities’ contingency plan has been prepared: emergency liquidity assistance (ELA) from the national central bank. Technically, that brings power and potential losses to Athens, but ELA is disconcertingly similar to the current life support from Frankfurt. The national programme can be cancelled by a two-thirds majority of the ECB governing council.

No one wants a full-blown Greek bank crisis, so Syriza leader Alexis Tsipras is likely to proceed with caution. Still, the nation’s banks could be under pressure. A Syriza threat to replace bank managements might not hurt much, but the pledge to ease the burden of mortgage payments sounds painful for lenders.

Opposition leader and head of radical leftist Syriza party Alexis Tsipras leaves the voting booth at a polling station in Athens January 25, 2015. Greeks are voting in a historic election expected to bring in a government led by the leftwing Syriza party which has promised to take on international lenders and roll back painful austerity measures imposed during years of economic crisis.