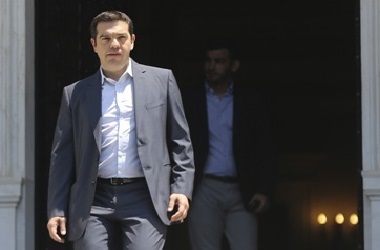 Alexis Tsipras is likely to win a mandate for his U-turn in accepting a tough bailout programme and re-emerge as leader of a more moderate government. The main problem is there will now be a one-month hiatus when little will be done.

Greece’s Prime Minister Alexis Tsipras resigned on Aug. 20 and asked President Prokopis Pavlopoulos to hold a general election as soon as possible. Tsipras is hoping the vote will allow him to strengthen his hold on power.

The move comes seven months after his leftist Syriza party took office and on the same day as the country started receiving funds under its 86 billion euro bailout from foreign creditors.

In a televised address Tsipras told voters: “The political mandate of the January 25 elections has exhausted its limits and now the Greek people have to have their say.”

The aim is to hold the general election on Sept. 20, government officials told Reuters.