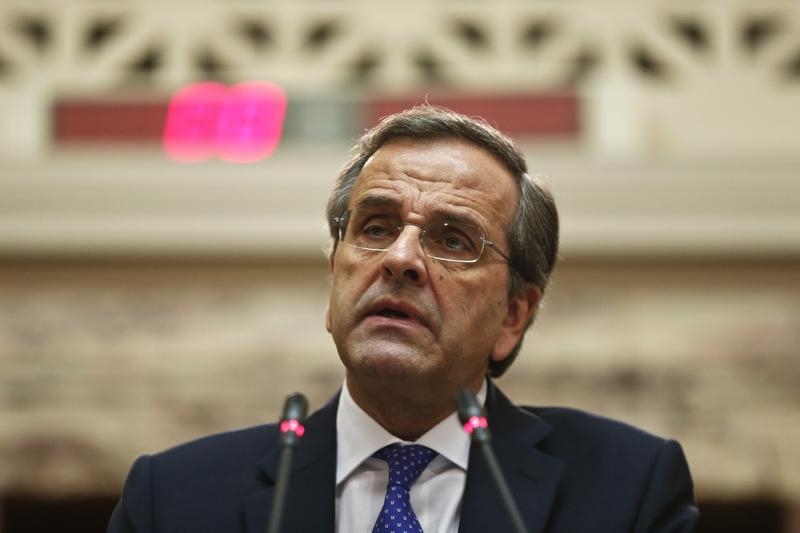 The failure of Greece’s deputies to agree on the country’s president will lead to new elections. That may bring left-wing Syriza to power, putting Athens at odds with its creditors. Reforms will stall, while uncertainty could undermine the ECB’s plan to boost growth in the euro zone.

Greek lawmakers failed to elect a new president on Dec. 29, triggering early parliamentary elections. Stavros Dimas, the candidate put forward by the governing coalition, won 168 votes, less than the 180 required in the third and final round of voting.