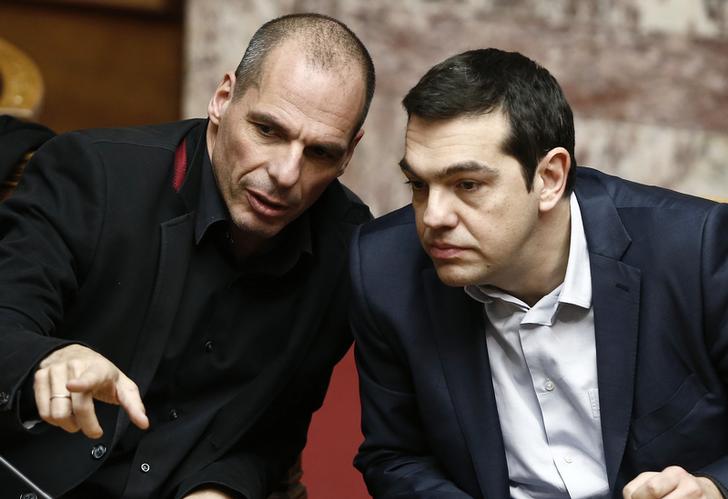 Greece’s leader Alexis Tsipras has made his first concession. His government promises to extend the bailout with European creditors and accept temporary troika supervision. Yet the wording is nebulous and commitment to reforms weak. He will need to give more ground.

Greek Prime Minister Alexis Tsipras (R) and Finance Minister Yanis Varoufakis talk during the first round of a presidential vote at the Greek parliament in Athens February 18, 2015.

In a letter obtained by Reuters, Greek Finance Minister Yanis Varoufakis said the Greek government was “applying for an extension of the Master Financial Assistance Facility Agreement for a period of six months,” and that Greece and the euro zone would “proceed jointly, and making the best use of given flexibility in the current programme, toward its successful conclusion.”

The German government gave a lukewarm response to the request. “The letter from Athens is not a proposal that leads to a substantial solution,” finance ministry spokesman Martin Jaeger said in a statement. “In truth it goes in the direction of a bridge financing, without fulfilling the demands of the programme.”