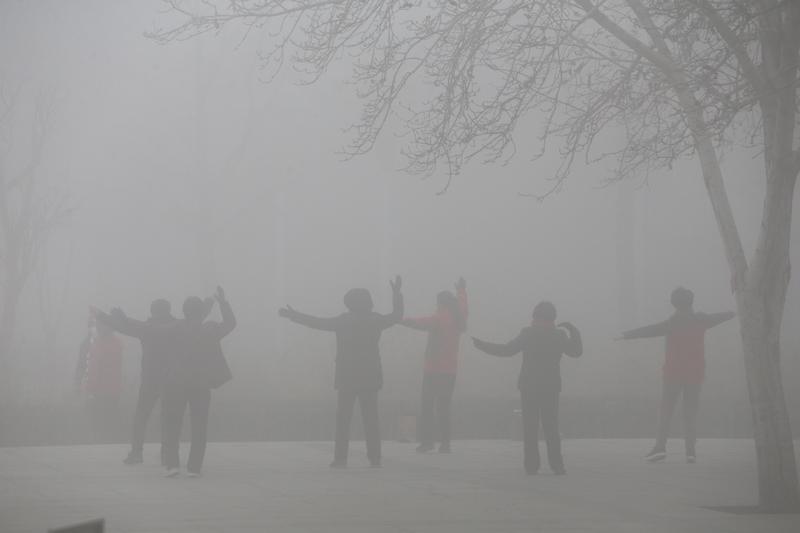 Investors have yet to warm to the Belt and Road, China’s huge infrastructure plan. Beijing’s new development bank, the AIIB, could help by issuing green bonds to fund railways and ports. But if the projects’ environmental credentials are weak, the lender’s reputation will suffer.

People exercise in the smog on a polluted day in Zhengzhou, Henan province, China January 9, 2017. REUTERS/Stringer ATTENTION EDITORS - THIS IMAGE WAS PROVIDED BY A THIRD PARTY. EDITORIAL USE ONLY. CHINA OUT. NO COMMERCIAL OR EDITORIAL SALES IN CHINA. - RTX2Y2HA

President Xi Jinping pledged $124 billion in loans, aid and funding for China’s mammoth Belt and Road project in May. The initiative aims to create a new “Silk Road” through infrastructure and trade links, chiefly across Central Asia.

China launched the Asian Infrastructure Investment Bank in January 2016 to flank the Belt and Road initiative. The development bank financed $1.7 billion of projects in its first year. Some $23 trillion is needed to close Asia’s overall infrastructure gap, according to the Manila-based Asian Development Bank, another multilateral lender.

Green bond issues nearly doubled from a year earlier to $68.6 billion in 2016, with China accounting for almost one-third of the total, Thomson Reuters data show. The Climate Bonds Initiative, a lobby group, predicts total issuance will reach $150 billion this year. The instruments were pioneered by the European Investment Bank in 2007.