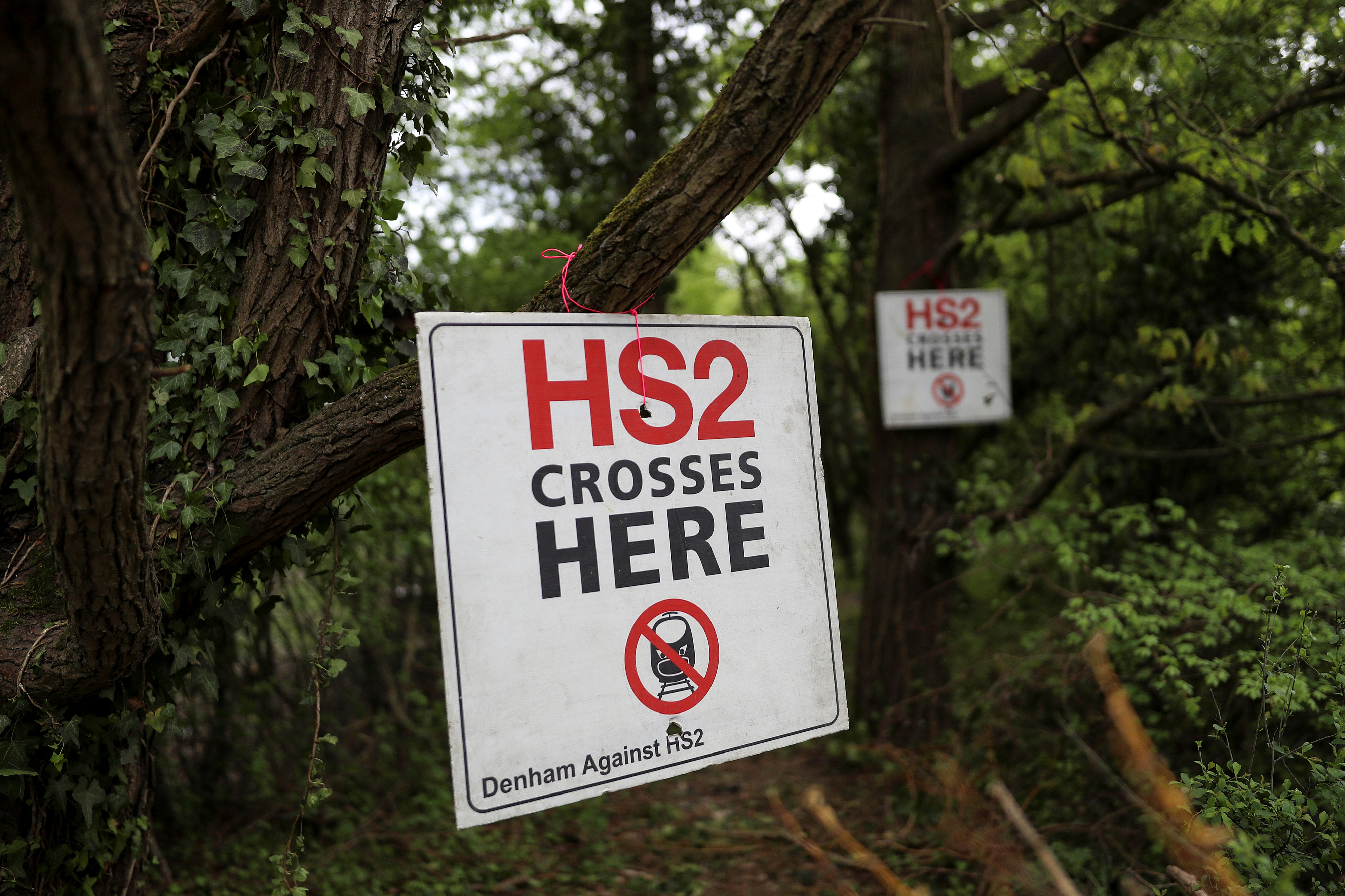 The so-called HS2 link from London to northern England may end up 29 billion pounds over budget. That eats into benefits of the bullet train’s potential to narrow Britain’s troubling north-south divide. Yet concerns about global warming point to the project maintaining momentum.

Stop HS2 campaign placards hang on trees near a development site for the High Speed 2 rail in Harefield, Britain April 28, 2019.

Britain launched a review on Aug. 21 of High Speed 2, a proposed rail line connecting London and northern England that was initially forecast to cost 56 billion pounds.

HS2, which is scheduled to carry its first passengers in late 2026, may exceed initial cost estimates by nearly 30 billion pounds, according to a July 19 report in the Financial Times.

The review, a pre-election promise made by new Prime Minister Boris Johnson, is due to determine in the autumn whether or not the government should proceed with HS2.