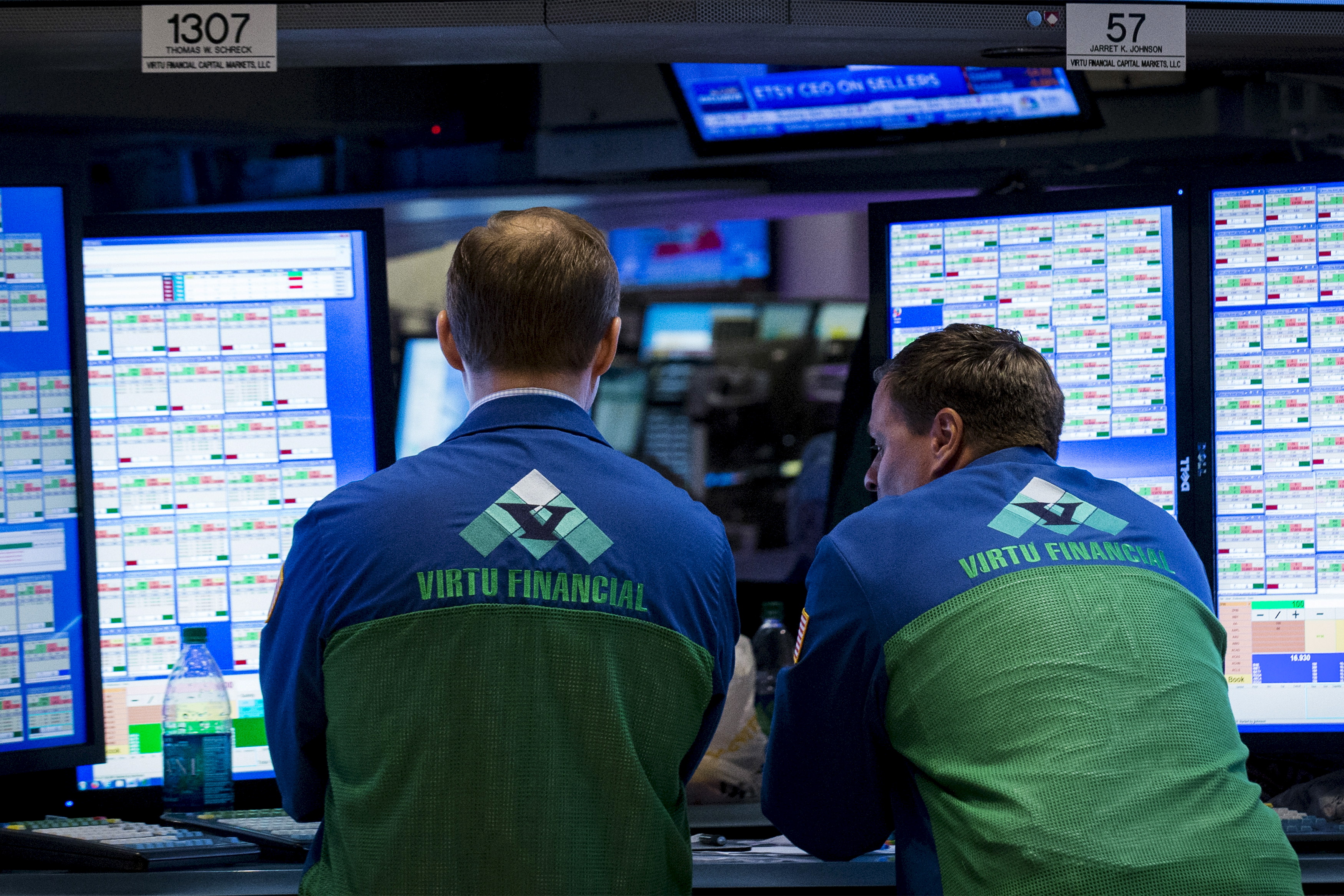 Specialist traders work at a Virtu Financial booth on the floor of the New York Stock Exchange April 16, 2015.

Market maker Virtu Financial said on April 20 it has reached a definitive agreement to acquire rival KCG Holdings for $20 a share in cash, or $1.4 billion. The figure was at the top end of the range Virtu indicated last month when it made its unsolicited offer. Including the target’s net debt, the acquisition is valued at $2.3 billion.

New York-based Virtu will finance the purchase with up to $1.65 billion in debt and $750 million in new equity capital at $15.60 a share, compared with the previous day’s closing price of $14.95.

Greifeld, who is due to step down as Nasdaq chairman at the end of next month, and Hutchins will also join Virtu’s board.