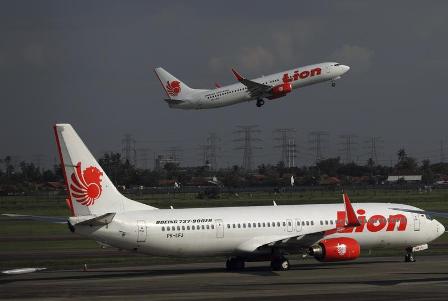 Budget carrier Lion Air is expanding its fleet again with a $24 bln order. The prospect of deregulation and the region’s expanding middle class will boost demand for cheap flights. But competition from equally bullish rivals like AirAsia may mean less profit to go around.

A Lion Air airplane takes off at Soekarno-Hatta airport in Jakarta March 18, 2013. REUTERS/Beawiharta

Lion Air, the Indonesian budget airline, announced a $24 billion order for 234 passenger planes from Airbus on March 18th. The order, which will be delivered over the next 10-15 years, came less than a year after Lion Air placed a $22 billion order for 201 planes from Boeing.
According to data from Ascend Online Fleets, Lion Air has outstanding orders for 557 aircraft, compared to its current fleet of 89.
Lion Air recently took its first step outside its home base of Indonesia through a joint venture in Malaysia called Malindo Air.  In a Bloomberg interview on April 2, Lion Air stated that it plans to set up ventures across Asia and Australia.
In December last year AirAsia Berhad, the Malaysian carrier, placed a $9.4 billion order with Airbus for 100 planes. The airline has 338 planes on order, compared with its current fleet of 66.
According to CAPA, an aviation consultancy, 52 percent of seat capacity in Southeast Asia last year was operated by budget carriers, compared to 3.3 percent in 2001.
Southwest Airlines, the U.S. carrier that is the world’s largest budget airline by capacity, currently has 707 planes, with orders outstanding for a further 315.