You be the judge 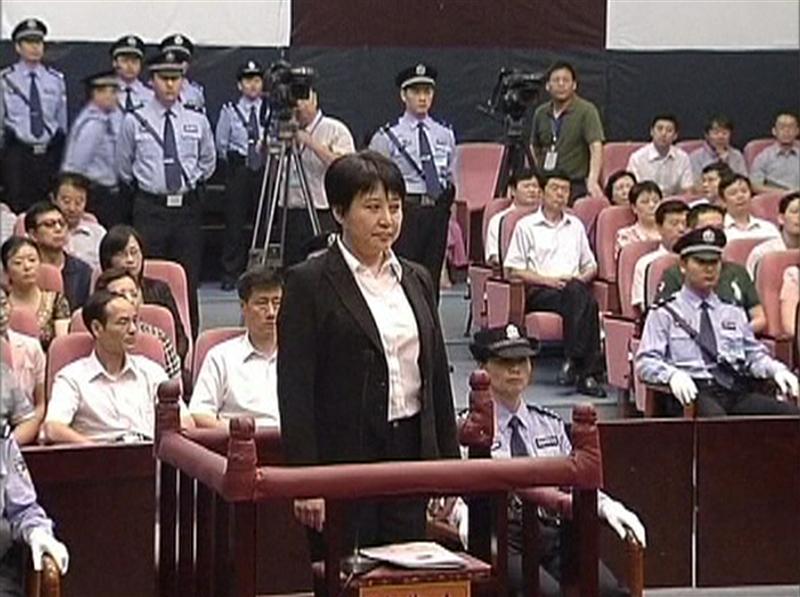 China’s hurried murder conviction for politician’s wife Gu Kailai and Russia’s imprisonment of punk protesters Pussy Riot were both slightly farcical and deeply symbolic. The guilty verdicts were the same, but investors are likely to draw different conclusions.

Gu’s brief trial, which ended in a suspended death sentence on Monday, was untransparent and widely judged to be political. Did she really pour poison down the throat of former family friend Neil Heywood in a prolonged fit of insane rage? It matters less than the future of her husband, former political high-flyer Bo Xilai. Bo’s rivals may have used the murder trial as a convenient excuse to discredit his economic experiments and public grandstanding.

If so, Gu’s conviction looks like a victory for stability at the top of the ruling Chinese Communist Party, at least in the short term. The tough sentence on Gu pretty much stifles Bo’s political ambitions, even if the former leader of Chongqing receives no punishments beyond the loss of his party posts. A smooth transition to the next generation of leaders looks more likely.

Investors will be relieved. They are more concerned with the maintenance of political calm in China than with the establishment of a solid rule of law. That is a worry for another time.

In Russia, it’s different. The low quality of the legal system is a big and current investor concern, as are the autocratic tendencies of President Vladimir Putin. Friday’s two-year prison sentences for three members of Pussy Riot will reinforce the worries. The protester-singers were convicted of hooliganism for interrupting a church service with an anti-Putin performance. The harsh penalty shows that it is dangerous to cross Putin in any domain.

Financial flows show what investors think. Yes, China’s foreign investment has levelled off since 2011, but at around $114 billion over the past twelve months, according to Credit Suisse, it is still close to the highest in a decade. Russia, on the other hand, saw capital outflows of around $81 billion in 2011, twice the previous year’s figure. The courts have pronounced, but the markets judge for themselves.

Gu Kailai (front, C), wife of ousted Chinese Communist Party Politburo member Bo Xilai, attends a trial in the court room at Hefei Intermediate People's Court in this still image taken from video August 9, 2012. Gu did not raise objections in court on Thursday to charges against her of murdering a British businessman, a court official said. REUTERS/CCTV via Reuters TV (CHINA - Tags: CRIME LAW POLITICS) FOR EDITORIAL USE ONLY. NOT FOR SALE FOR MARKETING OR ADVERTISING CAMPAIGNS. THIS IMAGE HAS BEEN SUPPLIED BY A THIRD PARTY. IT IS DISTRIBUTED, EXACTLY AS RECEIVED BY REUTERS, AS A SERVICE TO CLIENTS. CHINA OUT. NO COMMERCIAL OR EDITORIAL SALES IN CHINA

A Chinese court on Aug. 20 sentenced Gu Kailai to death with a two-year reprieve for murdering British businessman Neil Heywood, witnesses to the closed-door hearing said.
Gu killed Heywood by pouring cyanide into his mouth when he became drunk and asked for a glass of water at a drinking session last November, according to the prosecutor’s statement. The murder came after a business deal turned sour and Heywood made threats against Gu’s son, according to the statement.
Gu is the wife of the politician Bo Xilai, who was ousted from his position as Chinese Communist Party Secretary of Chongqing on March 15.
A Russian judge on Aug. 17 sentenced three women from the punk band Pussy Riot to two years in jail for staging an anti-Kremlin protest on the altar of Moscow’s main Russian Orthodox church.