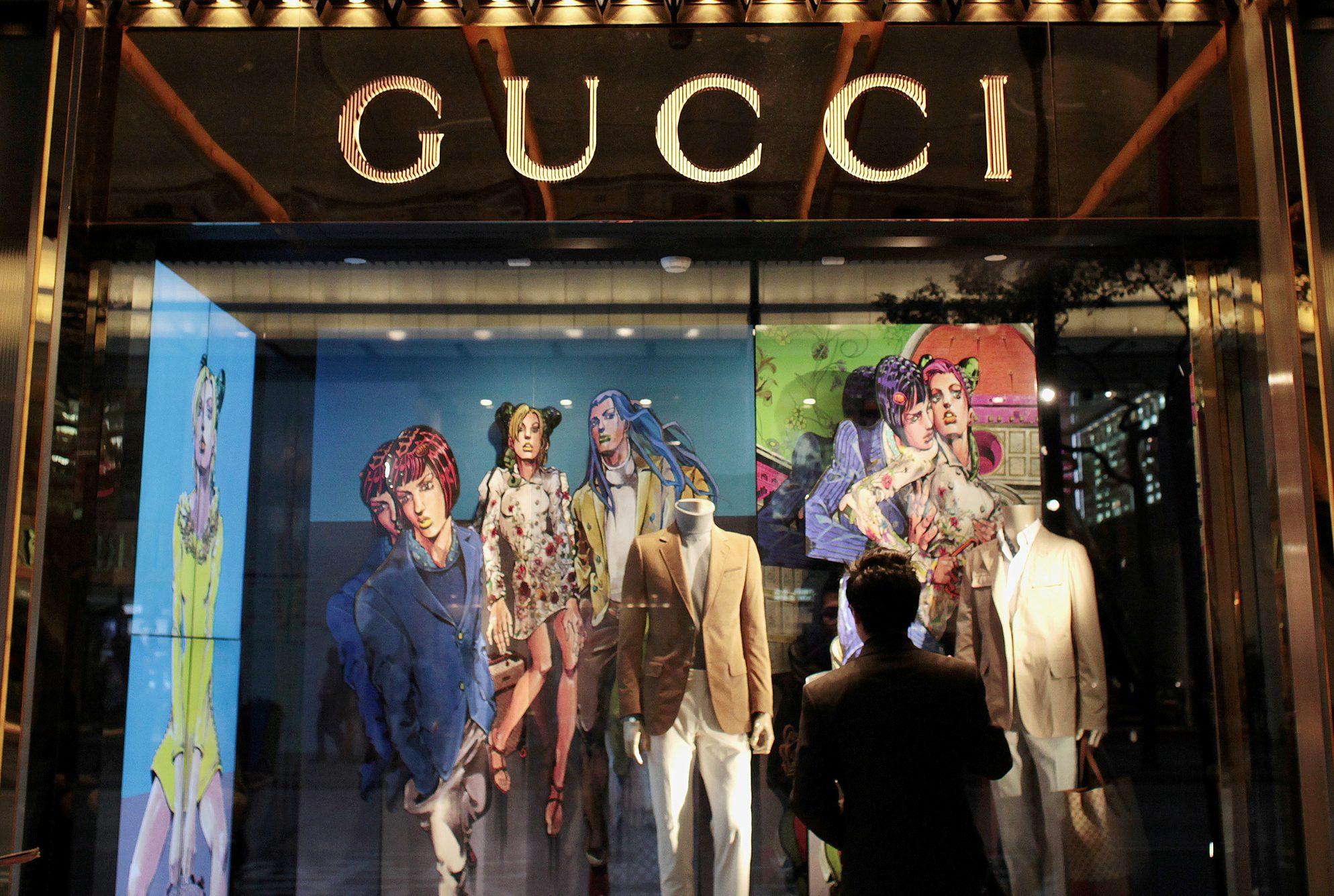 Kering’s upbeat view on Chinese demand sparked a rally in high-end stocks. But the group has so far been less vulnerable to economic swings than rivals thanks to its social media savvy. And the outlook for spending may be less rosy if China’s consumer confidence is any guide.

A man looks at a window display outside a Gucci store, part of the Kering group, at Tsim Sha Tsui shopping district in Hong Kong January 17, 2013.

French luxury fashion group Kering on Oct. 23 reported third-quarter revenue of 3.4 billion euros, up 27.5 percent from a year earlier on a comparable basis. Analysts had on average expected an increase of 22 percent, according to Berenberg.

Kering's financial director Jean-Marc Duplaix told an analyst conference call that the group's main brands, which also include Saint Laurent, had their best quarter yet this year in terms of the pace of sales growth in mainland China. Duplaix confirmed that assumptions of around 25 percent sales growth in the fourth quarter would not be far off.

Kering’s share price was up 7.7 percent to 380.30 euros at 1050 GMT on Oct. 24, leading a rally in the luxury goods sector. Rivals such as Louis Vuitton owner LVMH, the industry's biggest conglomerate, Britain's Burberry, and Italian puffer jacket maker Moncler rose by between 3 percent and 9 percent.