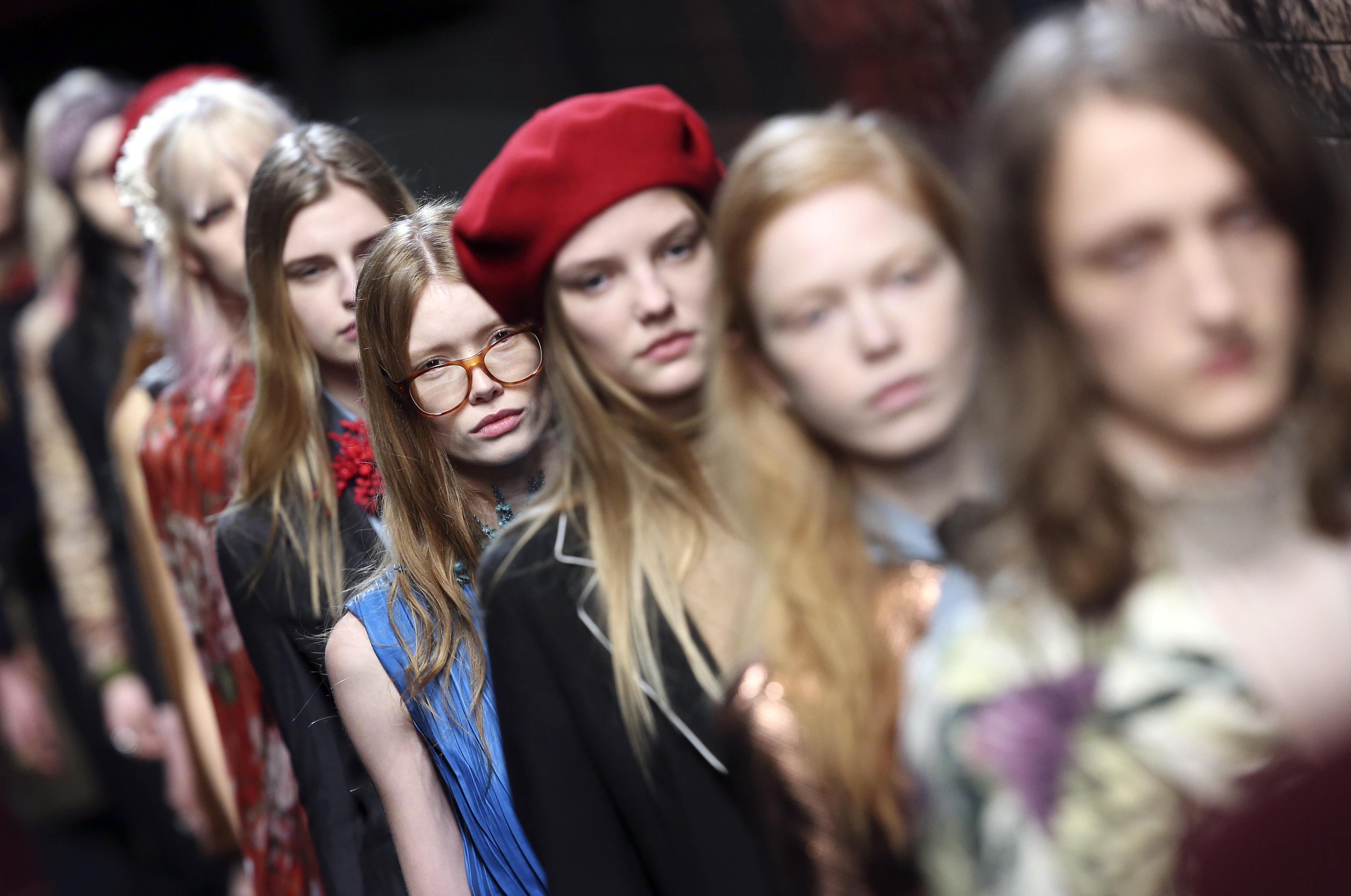 French luxury and sportswear group Kering posted a 17 percent rise in first-half revenue on July 27, compared to a year earlier.

Models parade at the end of the Gucci Autumn/Winter 2015 /16 collection during Milan Fashion Week, February 25, 201

French luxury and sportswear group Kering posted a 17 percent rise in first-half revenue on July 27, compared to a year earlier.