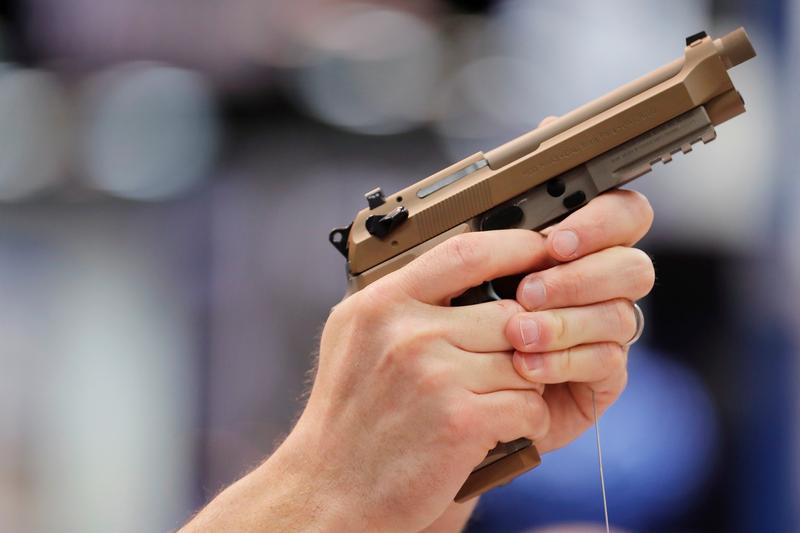 More stringent firearms regulations look closer than they have in decades as the U.S. president considers enhanced background checks. Companies like Walmart have given him cover. Long-term, it may not help the ironmongers, but their stocks always spike when legislation looms.

A man inspects a handgun inside of the Beretta booth during the National Rifle Association (NRA) annual meeting in Indianapolis, Indiana, U.S., April 28, 2019. REUTERS/Lucas Jackson - RC19CFB9E040

Democrats voted on Sept. 10 to approve measures that, if approved by Congress, would make it easier to take firearms away from people convicted of hate crimes and those deemed to be a risk to communities and themselves, and ban the sale of high-capacity ammunition magazines.

The bill has yet to be considered by the Senate. Mitch McConnell, the lead Republican in the upper house, said on Sept. 10 that he was waiting for the White House to propose legislation that President Donald Trump would be prepared to sign.

New Jersey’s governor signed an order on Sept. 10 that would vet suppliers of firearms and ammunition, as well as financial services companies, according to “public safety principles”.

Companies who wish to sell to state entities would be weighed on their commitment to responsible gun sales, including whether they screen for “straw purchasers” buying firearms on behalf of people who might otherwise fail background checks.