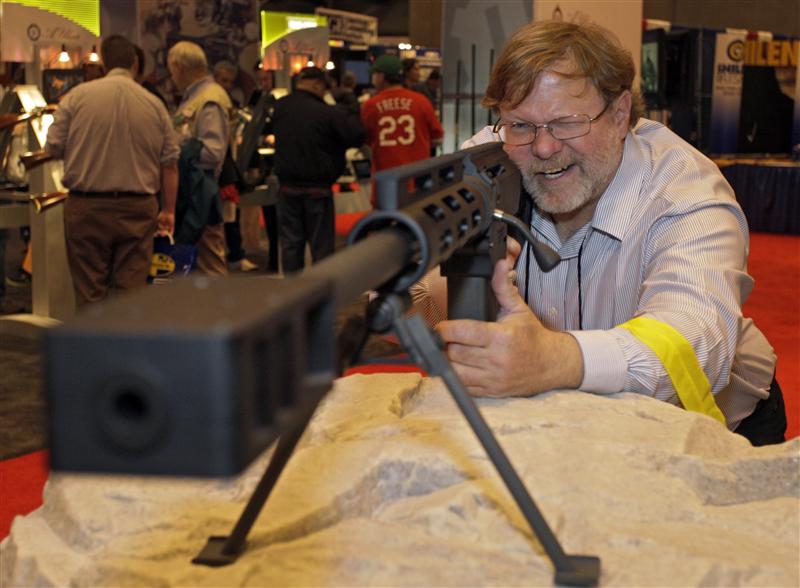 Financiers typically turn away fees as willingly as dogs give up steaks. But Wall Street banks are leery of financing bids for gun maker Freedom Group for fear of damaging their reputations. Making assault rifles, it turns out, has joined pornography on the list of activities with risks that money can’t hide.

Despite a welter of mortgage-lending, Libor-fixing and money-laundering scandals over the past several years, banks still worry over their images. That’s why they have reputational risk committees which judge whether investments are suitable. Members of senior management, legal, investor relations and other departments make decisions based on squishy metrics including how the public views a business, how likely are any protests to surface, and how much money is at stake. The sale of Freedom Group set off alarm bells for at least some lenders.

The company isn’t just any old gunsmith. It’s the largest maker of assault rifles in the United States and made the Bushmaster model which was used to kill 20 students and six teachers in a Newtown, Connecticut school last December. After that massacre, owner Cerberus Capital Management put Freedom Group on the block.

While lawmakers in Washington are only gingerly tackling the idea that some guns are more dangerous than others, this turned out to be an easy distinction for several reputational risk committees to make. Lending to a producer of shotguns used to shoot ducks is still good business; but aiding a big maker of semiautomatics is a publicity disaster waiting to happen.

This cold shoulder from lenders could make selling Freedom Group more difficult. The firm had $156 million of EBITDA last year. Put on the same multiple as Sturm Ruger it would be worth more than $1 billion. That’s big enough that many buyers would need to borrow. No loans would mean fewer potential buyers and probably a lower price. That’s why Cerberus co-founder Stephen Feinberg may gin up a stalking horse bid to encourage others.

The broader message, though, may be that at least for the public bankers worry about, manufacturing assault rifles is now one of the few industries that’s beyond justification in financial terms. Politicians might consider just how rare that is.

Stephen Feinberg, co-founder of Cerberus Capital Management, may form a consortium to bid for Freedom Group, according to Reuters sources. Cerberus said in December that it would sell Freedom Group, the largest U.S. producer of assault weapons and maker of the Bushmaster model used in the killing of 20 children and six teachers in Newtown, Connecticut.
Multiple banks have proved unwilling to finance bids for Freedom Group, Reuters reported. Feinberg’s consortium will act as a stalking horse to encourage other bidders to emerge.