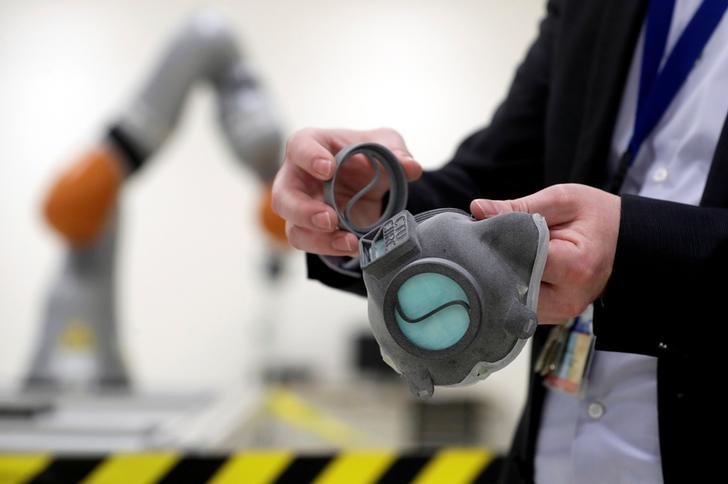 The Italian maker of biohazard masks used to guard against Covid-19 is selling a 40% stake. Listing itself at a 1.4 bln euro valuation driven by surging sales makes sense for GVS’s owners. But if a new virus wave occurs, it may also offset investors’ losses elsewhere.

A researcher presents developed prototype of a respirator in fight against the new coronavirus disease (COVID-19) using 3D-printing technology at The Czech Institute of Informatics, Robotics and Cybernetics at the Czech Technical University in Prague, Czech Republic, March 17, 2020.

Italy’s GVS, a maker of medical filter, biohazard masks and components used in ventilators, said on June 8 it would sell shares at between 7 euros and 8.3 euros each in a planned initial public offering in Milan.

The price range values the filter maker at up to 1.4 billion euros before a planned capital increase.

The company, owned by the Scagliarini family and based near Bologna, is planning to sell a stake of up to 40% in the upcoming IPO, the second largest offering this year in Europe after that of coffee group JDE Peet’s and the largest in Italy since payments company Nexi last year.