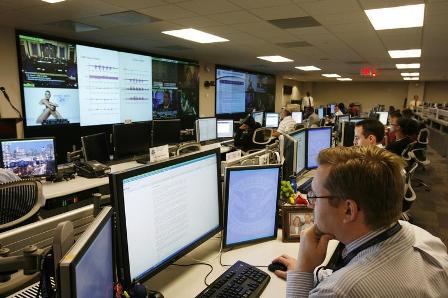 China’s alleged attacks on U.S. companies are a new twist on an old theme: outsiders wanting in. China sees itself as the ultimate underdog, so the urge to snoop should fall as it matures. Meanwhile, fears of hacking may spur useful new initiatives in potential targets.

U.S. companies want the U.S. and Chinese governments to work together to address the growing problem of cyber attacks, said John Frisbie, the president of the U.S.-China Business Council, on Feb. 4. “We do know that companies are constant targets of efforts to get into their systems globally”, Frisbie told reporters.
Google chairman Eric Schmidt describes China as the world’s “most sophisticated and prolific hacker” in his book, The New Digital Age. Google claimed in 2011 that attempts to steal hundreds of email account holders’ passwords appeared to originate in China.
The New York Times, Wall Street Journal and the Washington Post have complained of large-scale cyber attacks believed to have originated from China. In the Post’s case, the attacks dated back to 2011.
The Chinese government has frequently said it opposes hacking and that China too suffers frequently from hackers.
The Federal Bureau of Investigation said in June that it had an annual case load of espionage-related cases totaling $13 billion of losses, which includes both cyber and real-world incidences.