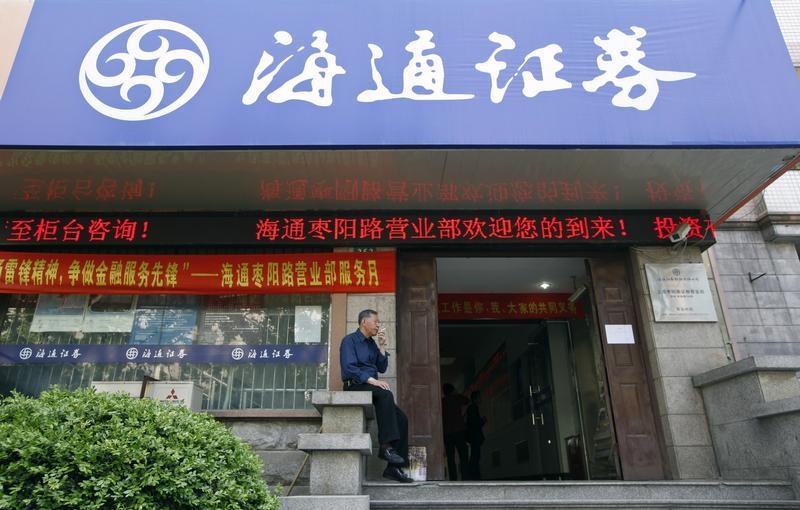 In the past few years, hundreds of wealthy Chinese have used Portugal’s “golden visa” scheme to gain a foothold in Europe. Now Haitong Securities is attempting the corporate equivalent by snapping up the investment banking arm of bailed-out Banco Espirito Santo for 379 million euros ($466 million). Though the brand is damaged and many staff have quit, it’s a relatively low-risk way for the Chinese broker to build an international network.

The history of investment banking is littered with disastrous acquisitions. Culture clashes, mass defections and heavy losses are the norm. It’s hard to see why Haitong, which until recently had no meaningful presence outside Greater China, will have any greater success trying to revive a traumatised firm. Besides, BESI, as the business is known, was never much of a player in European investment banking.

Nevertheless, the Chinese broker has several factors working in its favour. Golden visas aside, the People’s Republic is investing heavily in the euro zone periphery. Growing use of the yuan is stimulating demand for investments denominated in the Chinese currency. Most importantly, BESI has offices and all the necessary licences to operate in London and New York as well as Lisbon. Replicating that network from scratch would have cost Haitong a lot of money and time. The 750 remaining staff will probably prefer to work for a solvent Chinese institution than the Portuguese government.

Besides, the costs look under control. Despite its parent’s woes, BESI was marginally profitable in the first half of the year. The purchase price represents just 60 percent of its net assets at the end of June. That’s a manageable financial risk for a firm whose market value has recently soared above $30 billion – making it bigger than Japanese rival Nomura.

Haitong’s cautious approach echoes the tentative steps taken by China Construction Bank and Industrial and Commercial Bank of China, which have made small overseas acquisitions in recent years. At least its global ambitions are starting from a small base.

A man smokes in front of the entrance of a Haitong Securities brokerage house in Shanghai April 27, 2012.

Haitong Securities announced on Dec. 8 that it had entered into an agreement to BESI, the investment banking arm of the bailed-out Portuguese lender Banco Espirito Santo, for 379 million euros ($466 million).

The deal comes after the Portuguese government bailed out Espirito Santo and placed its good assets in a business renamed Novo Banco. As part of the deal, Haitong will refinance BESI existing debt of 750 million euros to Novo Banco.

BESI, which is based in Lisbon, has 750 employees and branches in Madrid, London, New York and Warsaw. At the end of June, the business had net assets of 618 million euros.

In the six months to June, the business earned a net profit of 2.51 million euros on operating income of 183 million euros.

In the year to December 2013, BESI generated operating income of 247 million euros and earned a net profit attributable to shareholders of of 7.1 million euros.

The deal is subject to regulatory approvals in Europe and China.

China Construction Bank announced on Aug. 30 that it had completed the acquisition of 72 percent of Brazil’s Banco Industrial e Comercial for 1.6 billion Brazilian reais ($625 million).

On the morning of Dec. 9, shares in Haitong Securities were up 10 percent at 21.7 yuan.