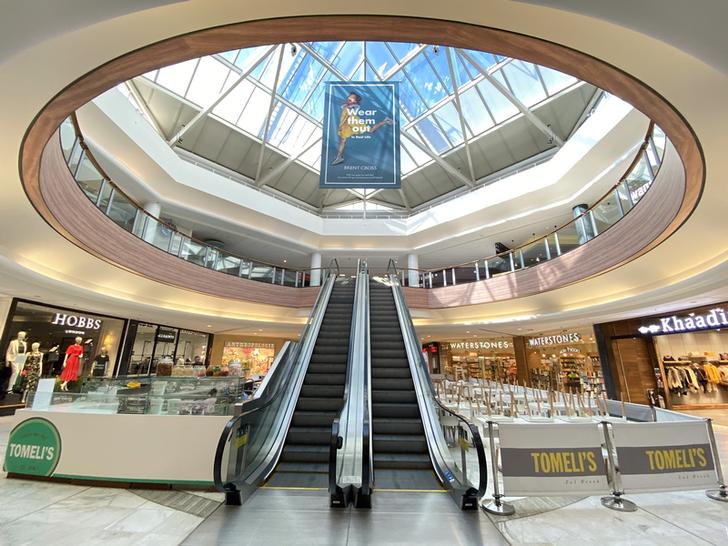 The UK mall operator will raise 825 mln pounds through a deeply discounted rights issue and sale. That should keep debt under control. However, the group must still sell assets when Covid-19 and online shopping are hurting stores and property values remain in flux.

A deserted Brent Cross shopping centre is seen in London, as the spread of the coronavirus disease (COVID-19) continues, in London, Britain, March 23, 2020.

Property group Hammerson on Aug. 6 announced a plan to raise 825 million pounds through a 552 million pound rights issue and the disposal of its stake in a shopping outlet unit to one of its largest shareholders.

Two shareholders, APG Asset Management and Lighthouse Capital, who own 20% and 14% respectively of Hammerson shares, have agreed to take up their share of the rights issue, which is fully underwritten. APG will also acquire the majority of Hammerson’s stake in the VIA Outlets portfolio for 301 million euros.

As part of the rights issue, Hammerson will consolidate its share capital by exchanging one new share for five existing shares. Shareholders will then have the opportunity to buy 24 new shares for every new share they own, at a price of 15 pence per share.