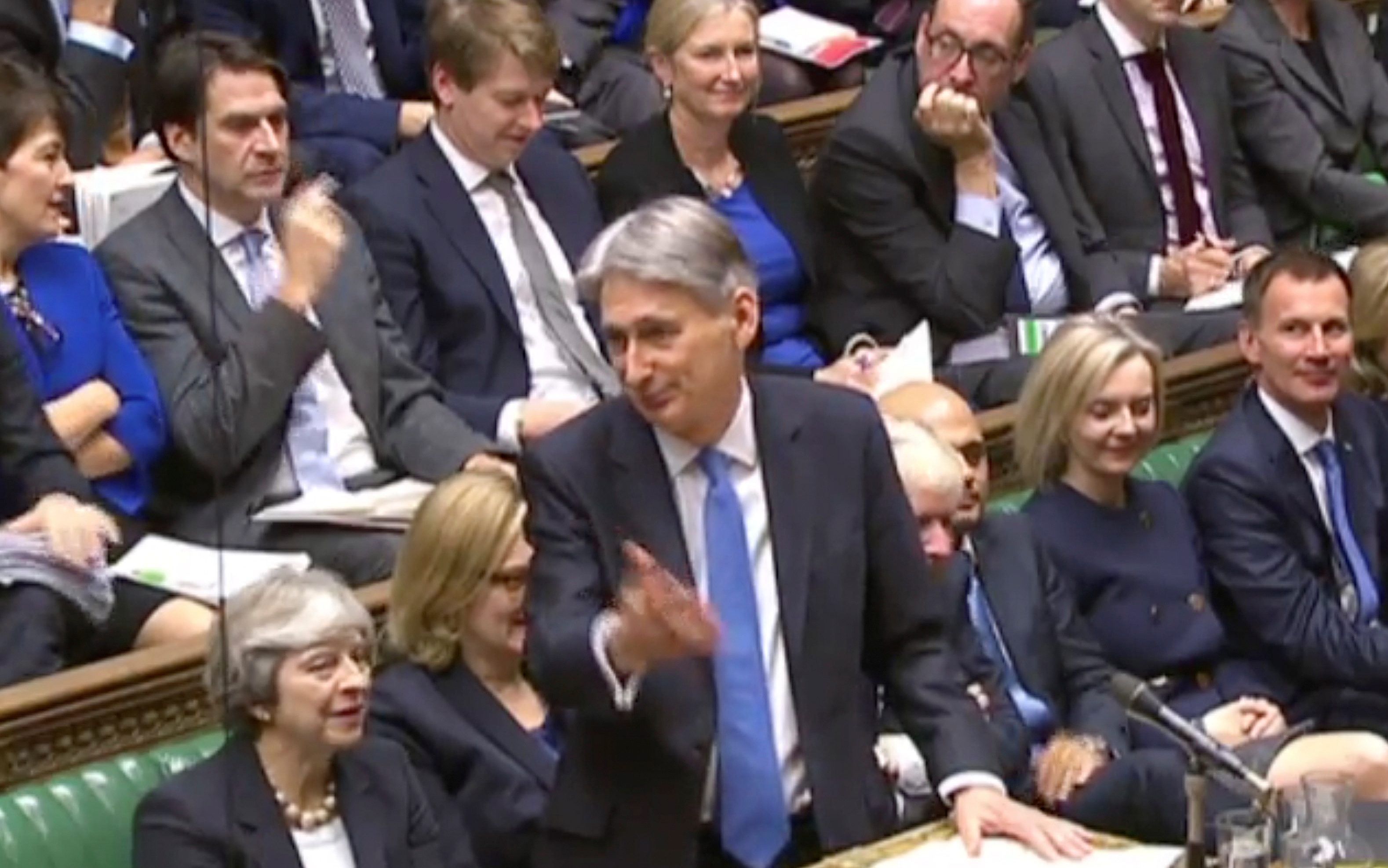 Britain's Chancellor of the Exchequer Philip Hammond presents his budget in the House of Commons, London, November 22, 2017. Parliament TV handout via REUTERS FOR EDITORIAL USE ONLY. NOT FOR SALE FOR MARKETING OR ADVERTISING CAMPAIGNS THIS IMAGE HAS BEEN SUPPLIED BY A THIRD PARTY. - RC1CCE437680

Britain slashed its official forecasts for economic growth and expects to borrow sharply more going into the next decade, finance minister Philip Hammond said on Nov. 22 as he delivered a budget statement in parliament.

The country’s budget forecasters now expect gross domestic product will grow by 1.5 percent in 2017, compared with a forecast of 2.0 percent made in March, reflecting a slowdown this year as last year’s Brexit vote weighed on the economy.

The Office for Budget Responsibility saw growth in 2018 at 1.4 percent, lower than its previous forecast of 1.6 percent. GDP growth forecasts in 2019 and 2020 stood at 1.3 percent in both years compared with 1.7 percent and 1.9 percent respectively seen in March.