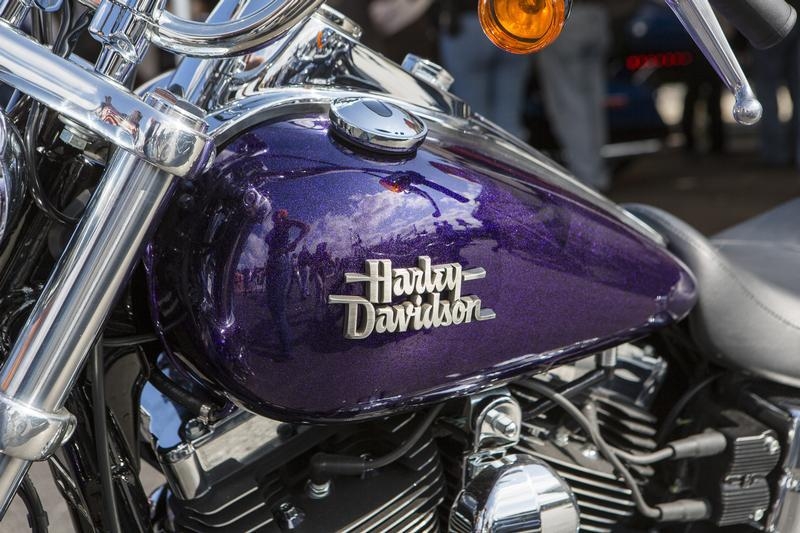 Once upon a time, nothing projected the outlaw like a Harley-Davidson heading out on the highway looking for adventure. Today, retired Midwestern dentists are as likely to wheel Harleys as Hells Angels. The company’s struggle to generate new, younger riders requires a major overhaul. It’s a job that may be best performed in private.

On Tuesday, Harley reported a 1.4 percent decline in third-quarter global sales, dragged down by a 2.5 percent drop in the United States. It’s one skid in a potentially longer slowdown. Harley predicts it will ship 270,000 bikes to dealers this year. In 2006, it shipped almost 350,000.

Not surprisingly, Harley has failed one of its management’s key objectives: to outperform the S&P 500. Over the past decade, the shares are down about 3 percent, including a 16 percent slide today, while the index has added 71 percent over the same period.

Harley’s problems are as idiosyncratic as its customer base. The company says 2014 sales to younger, female, and minority customers grew at over twice the rate of those to its core customer – middle-aged, Caucasian baby boomers. But it needs a more dramatic move away from the latter demographic, not least because they are going to shrink rapidly in coming years.

Chief Executive Matt Levatich is spending big on consumer-facing marketing and new product development, investing 65 percent and 35 percent above 2015 levels, respectively. That will eat into the bottom line. R&D spending is wise, as Harley’s product recalls in 2015 are already three times the annual average in the decade ending in 2013, according to the Wall Street Journal.

Broadening Harley’s appeal to younger generations and new markets won’t be easy while competitors like BMW and Yamaha are targeting them, too. Fortunately, the motorcycle market as a whole is growing, with U.S. registrations increasing 8 percent in the first half from a year earlier. All these demand-driving investments will increase Harley’s costs by $70 million in 2016.

Turning around the $10 billion company will take time and may be easier accomplished under private ownership, without the noise of quarterly earnings and shareholders needing placation. A few years ago, speculation swirled that KKR was considering a buyout. Now may be the perfect time for private equity to go whole hog with Harley.

Harley-Davidson said on Oct. 20 it would cut jobs to help fund increased spending on marketing and product development as it posted a lower quarterly net profit due to weaker global sales.

The company’s shares plummeted nearly 10 percent as its earnings fell below analysts’ forecasts, and the company cut its 2015 operating profit guidance.

The company said it plans to incur a one-time charge of $30 million to $35 million in the fourth quarter for reorganization costs and job cuts.

It now expects full-year 2015 operating profit margin of approximately 16 percent to 17 percent for the motorcycles segment, compared to prior guidance of 18 percent to 19 percent.

It also cut its forecast for the shipment of motorcycles in the United States, where sales fell 2.5 percent in the third quarter and market share declined by 3.9 percent.

Worldwide sales fell by more than 1 percent, cushioned by an 0.9 increase in international sales, and the company said its reorganization plans included opening up to 200 new dealerships abroad.