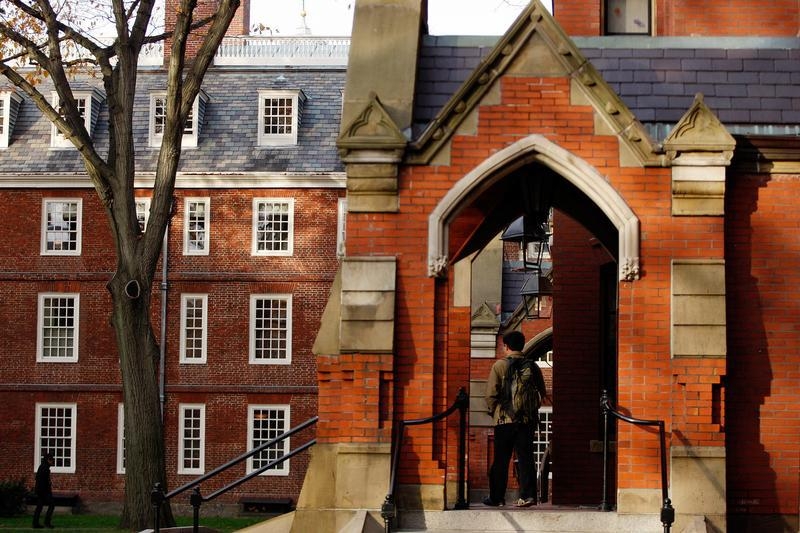 Harvard University could get smarter about its $33 billion endowment. Jane Mendillo, who has managed the Ivy League university’s portfolio for six years, is leaving at the end of 2014. Her predecessor is partly to blame for crisis losses, but Harvard nevertheless seems to have overpaid for mediocre returns.

Mendillo arrived amid a whopping 27.3 percent investment loss in the year to June 2009, depleting Harvard’s coffers by $10 billion. Had the Crimson kept pace with the average U.S. university endowment, which slumped by 18.7 percent according to NACUBO-Commonfund data, the decline would have been $3 billion less severe. Mohamed El-Erian, who ran Harvard Management Co between stints at bond fund giant Pimco, shares the burden for Mendillo’s poor start.

Since then, however, returns have only been so-so. In the year to June 2013, Mendillo’s team generated 11.3 percent against a peer average of 11.7 percent. Over five years, which includes the start of the downturn, Harvard’s annualized return was just 1.7 percent, according to executive search firm Charles Skorina, the worst of 12 big schools analyzed and well under the 4 percent U.S. endowment average. Mendillo conspicuously omitted five-year performance figures from her last two annual reports, showing three-year data instead.

Harvard consistently beats its own benchmarks, though they don’t always look so challenging. For instance, the private equity sector target was just 10.6 percent for fiscal 2013. Mendillo’s 11 percent narrowly beat that but fell far short of public equity markets where the university had less exposure than other schools.

It is the so-called Yale model, however ironic given the natural rivalry between the two universities, which has dogged Harvard. The idea is to take advantage of a very long-term investment horizon to make illiquid investments in private equity, real estate and other areas that should theoretically outperform more easily tradable equivalents. It hasn’t worked in practice lately.

Meanwhile, Mendillo earned $5.3 million in 2011, according to Charles Skorina, easily exceeding her main counterparts elsewhere. On a simple measure of performance-for-pay, meanwhile, she ranks last among the dozen endowment bosses sampled. The comparatively high-pay habit dates back at least to El-Erian’s predecessor, Jack Meyer. As Harvard seeks a new investment boss, less of both Yale model investing and Wall Street compensation may be in order.

Jane Mendillo plans to step down from her role as president and chief executive officer of Harvard Management Co at the end of 2014, Harvard University said on June 10.

Mendillo, who worked at HMC before spending six years as chief investment officer of Wellesley College, rejoined the Harvard endowment in 2008 and saw it through the financial crisis and subsequent organizational changes.

A student stands in the entranceway of a building at Harvard University in Cambridge, Massachusetts November 16, 2012. REUTERS/Jessica Rinaldi v

Jane Mendillo plans to step down from her role as president and chief executive officer of Harvard Management Co at the end of 2014, Harvard University said on June 10.

Mendillo, who worked at HMC before spending six years as chief investment officer of Wellesley College, rejoined the Harvard endowment in 2008 and saw it through the financial crisis and subsequent organizational changes.