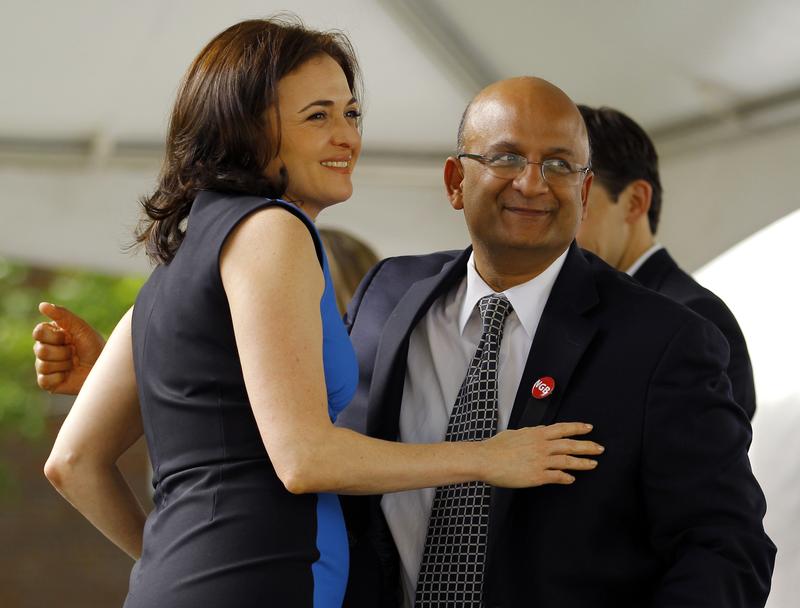 Harvard Business School’s dean faces his own moral dilemma. Nitin Nohria essentially wrote the book on ethics and leadership. But he also sits on the board of Tata Sons, the Indian conglomerate at the centre of a corporate governance scandal. The link risks damaging the brand of one of the world’s top business schools by suggesting its leaders don’t practise the values they charge a fortune to teach.

Nohria has cosy links with the Tata family. Nohria was named dean in 2010, becoming the first person from outside North America to hold the position. A few months later group patriarch Ratan Tata gave Harvard $50 million; it was at the time the biggest donation the school had received from an international donor in its 102-year history. By the end of 2013, Nohria was sitting on the board of Tata Sons as a non-executive director.

The dean’s stoic silence in the messy fight that erupted on Oct. 24 when Tata Sons abruptly ousted Chairman Cyrus Mistry is troubling for several reasons. First, Mistry claims there was “a total lack of corporate governance” at the Indian group. Second, Mistry names Nohria as one of two directors who were “reduced to mere postmen”, simply following the orders of predecessor Ratan Tata.

Third, Tata Sons is now seeking the removal of another independent director at some of its separately listed operating companies who has backed Mistry. As top proxy advisory firm IiAS notes, allowing large shareholders to remove outside non-executives undermines the point of having those independent directors and hurts minority investors.

Nohria is recognised as an authority when it comes to ethics. He has publicly mused that “it’s easy for people to believe in their own sense of moral responsibility; but what happens when they are put under pressure by bosses or tempted by large short-term gains?” and has insisted “character is something one has to work at forming”. Despite his teachings, Nohria does not appear to have had much impact on fostering good governance at Tata. That apparent failing itself subjects Harvard to reputational risk.

Nitin Nohria has been the dean of Harvard Business School since July 2010. He is the first leader of the school from outside North America. In September 2013, Nohria became a non-executive director at Tata Sons, the holding company for India's biggest conglomerate, which is now at the centre of a major corporate governance scandal.

In a letter dated Oct. 25, addressed to the directors of Tata Sons, ousted chairman Cyrus Mistry claimed there was a "total lack of corporate governance" at the Indian conglomerate during his almost four-year tenure. Mistry was abruptly removed from his post on Oct. 24.

Mistry named Nohria as one of two directors who were "reduced to mere postmen", simply following the orders of previous group Chairman Ratan Tata.

Tata Sons has denied Mistry's claims and attacked his refusal to step down from other group businesses as going against Tata's values. Tata Sons has called for extraordinary general meetings at various operating companies including Tata Chemicals, Tata Motors and Tata Steel to remove both Mistry as well as independent director Nusli Wadia.

Independent directors at Tata Chemicals, Tata Motors and Indian Hotels, another group company, have come out in support of Mistry.