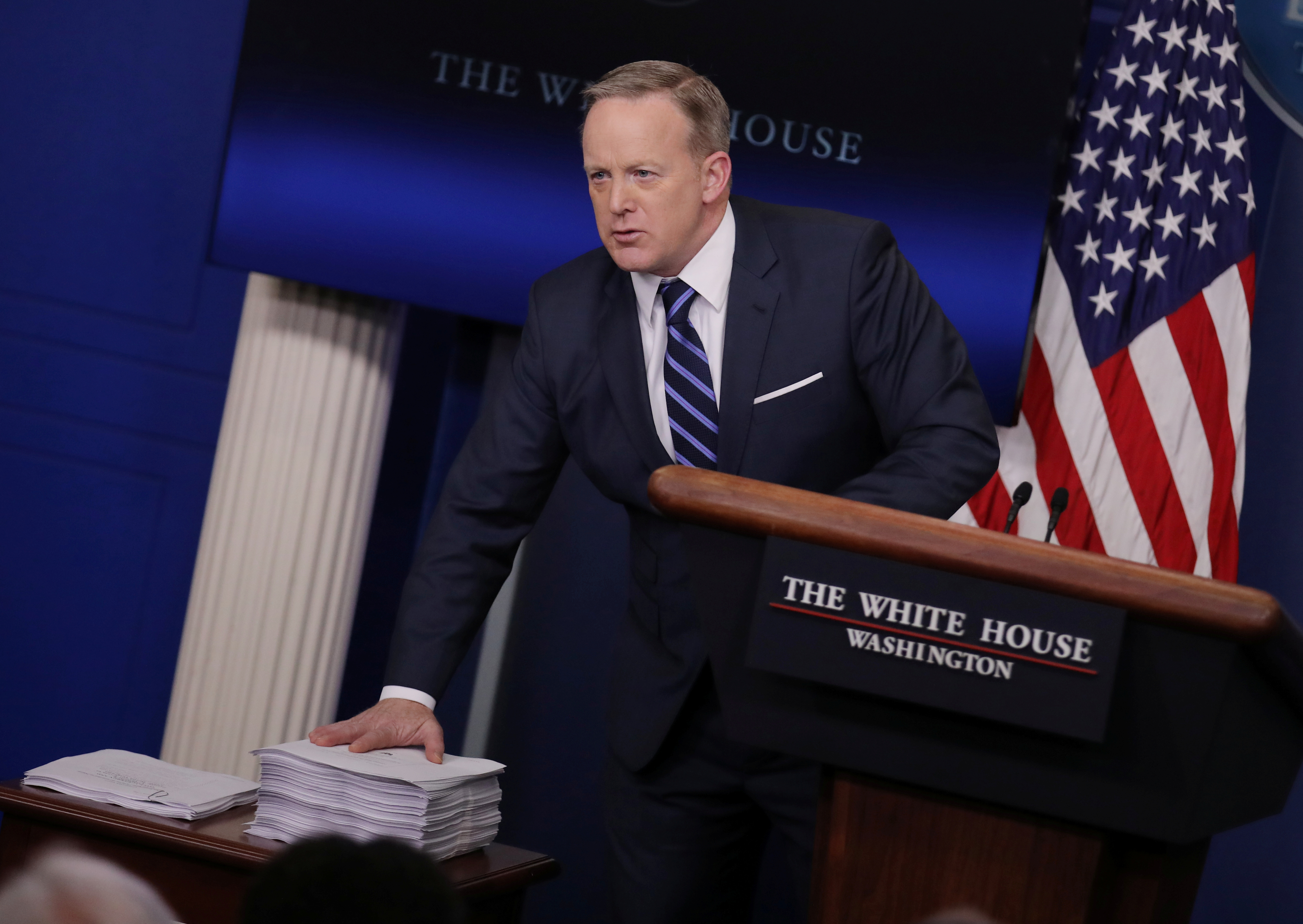 The White House is attacking the CBO as it tots up the cost of repealing Obamacare. Republicans once touted estimates from the nonpartisan group, which has a decent track record. Early healthcare appraisals elsewhere are damning, but the legislative one will remain one to watch.

White House Press Secretary Sean Spicer places his hand atop a stack of Affordable Care Act (Obamacare) papers next to replace and repeal paperwork produced by House Republicans while addressing the daily press briefing at the White House in Washington, U.S., March 7, 2017.

A U.S. House of Representatives committee on March 9 approved a bill to repeal and replace the Affordable Care Act, commonly known as Obamacare. The alternative proposal unveiled on March 6 eliminates a requirement for Americans to carry healthcare insurance and imposes penalties if coverage is not obtained.

Republicans did not say how much their new plan would cost or how many people it would cover.

White House spokesman Sean Spicer said on March 8 that Republicans don’t need input from the Congressional Budget Office, which has yet to score the plan, because it was “way off” on Obamacare. "If you're looking at the CBO for accuracy, you're looking in the wrong place,” Spicer said. “The idea that that's any kind of authority based on the track record of what happened last time is a little far-fetched."

In 2010, the CBO estimated that 22 million people would purchase coverage through Obamacare insurance exchanges in 2016, while 13 million had actually signed up. About 13 million more people are enrolled in Medicaid because of the expansion under Obamacare, compared to the CBO estimate of 16 million.

Multiple industry groups have come out against the Republican proposal, including the American Hospital Association and the American Medical Association. The AARP, which represents people who are at least 50 years old, estimated that annual insurance premiums could increase by as much as $8,400 for a 64-year-old earning $15,000 a year.