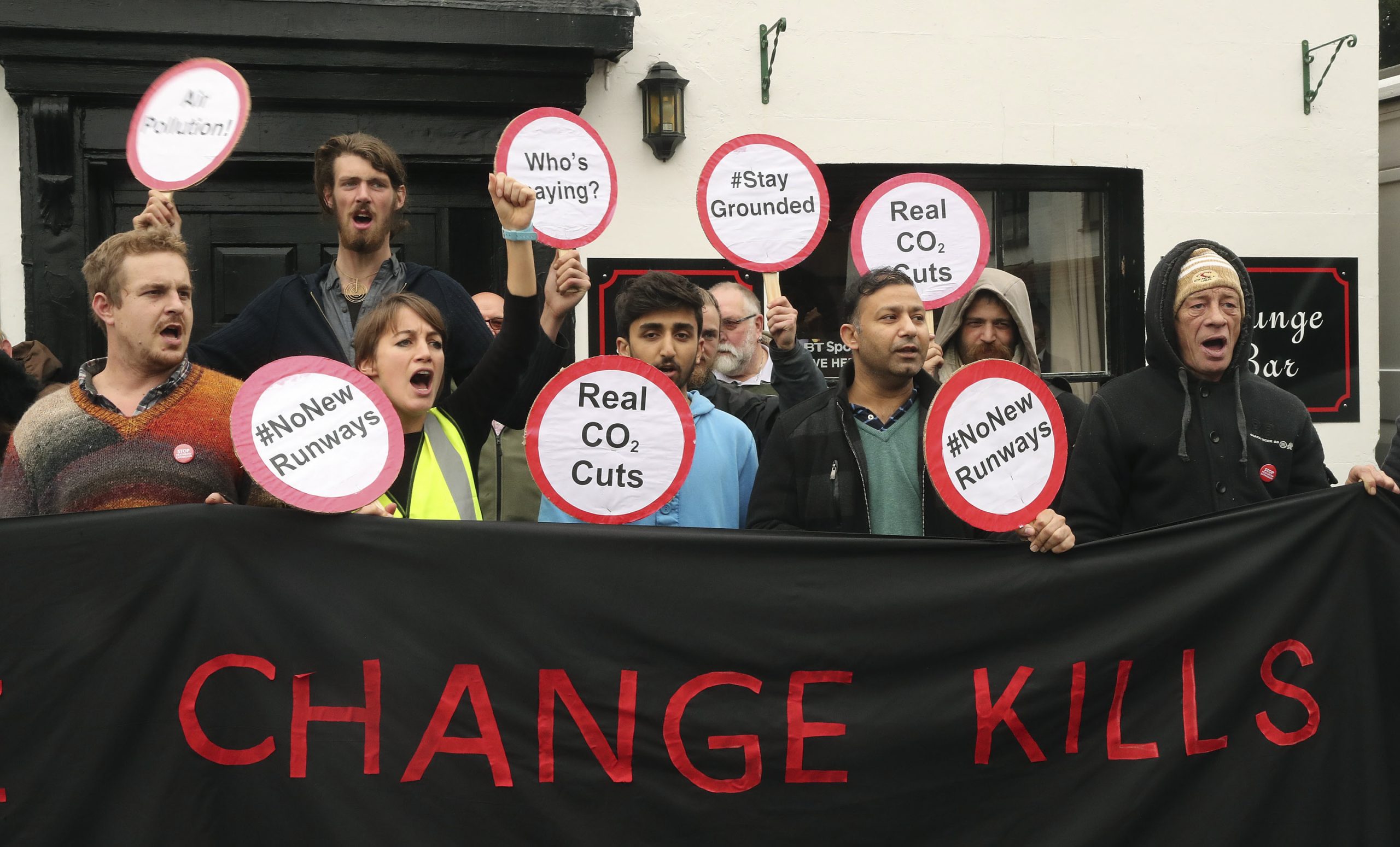 Judges have grounded plans for a third runway at Europe’s busiest airport, saying the government ignored obligations to cut CO2 output. As host of a major climate change summit in November, it’s critical Britain has the credibility to push for emissions curbs. This should help.

Residents of Harmondsworth village protest the decision to build a new runway at Heathrow Airport, in Harmondsworth, Britain October 25, 2016.

England’s Court of Appeal on Feb. 27 rejected the government’s plans to expand London’s Heathrow airport, ruling that it had ignored Britain’s carbon-reduction obligations under the 2015 Paris climate treaty.

The government approved plans in 2018 for a third Heathrow runway but faced concerted opposition from environmental campaigners. New Prime Minister Boris Johnson, whose constituency is close to Heathrow, has historically been against expansion.

The government argued a new runway would deliver 61 billion pounds of economic benefits over 60 years, and an additional 77,000 local jobs by the end of this decade.

Also on Feb. 27, Bank of England Governor Mark Carney launched an initiative to help private finance support the economy transition to net zero, ahead of the UK’s staging of the COP26 conference due to take place in Glasgow in November. COP26 President and UK Secretary of State for Business, Energy and Industrial Strategy Alok Sharma described 2020 as “a pivotal year for the planet as we raise our ambition on emissions reductions and build an economy resilient to climate change”.