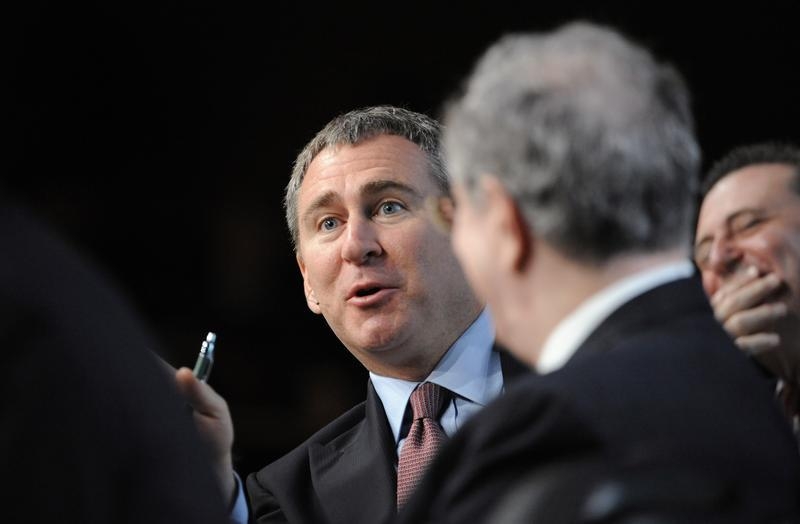 Imagine for a minute that Kenneth Griffin, James Simons and the other 23 highest earners in the hedge fund world had founded great big productive companies. The $11.6 billion which Institutional Investor’s Alpha calculates this ultra-elite was paid last year, an average of $467 million per hedge fund boss, would still seem troublingly high.

Such gains seem out of line with the value of their putative contributions. After all, the modern economy is built on collaborative effort, not to mention supportive governments and central banks. Even the greatest individual contributions would not merit an annual income, including gains from holdings, of about 10,000 times the average American salary.

Egalitarians would hardly be comforted to learn that the ultra-top pay packets were down 45 percent from the previous year. Rather, they would worry that the many years of gargantuan gains by the 0.001 percent would buy too much political clout. Of course, if these virtuous entrepreneurs were large political donors, as many of the hedge fund leaders are, at least they would have the credibility which comes from adding value to the world.

Hedge funds, though, are basically instruments of value extraction. They provide little new capital and almost no new ideas for beneficial goods and services. Rather, they try to use their superior intelligence and computer programmes to outperform various financial markets. In effect, they want to win at a zero-sum game. And they take big chunks of money from their own investors, who have been happy to pay handsomely for the privilege of playing.

To add insult to injury, Alpha calculates that at least 12 of the 25 top guys (sorry, ladies, no women in this club) underperformed in 2014. That is not surprising in a highly competitive industry. BarclayHedge, a consultant which monitors about 3,000 hedge funds, reports the average net return in 2014 was 3 percent. The U.S. stock market provided close to 14 percent.

Hedge funds may have gained political influence, but would not prosper without enthusiastic investors. The pay haul at the top is shocking, but maybe not as distressing as the willingness of the funds’ backers to help them extract so much of their wealth.

This piece has been updated to correct the year in the first sentence of paragraph five.

The 25 best-paid hedge fund managers earned $11.6 billion among them, down from $21 billion in 2013, according to the 14th annual rankings in Institutional Investor’s Alpha magazine. The three highest-earning U.S. hedge fund managers in 2014 each took home more than $1 billion, according to Alpha, whose rankings assume management and carried interest fees of 2 percent and 20 percent respectively, even though many of the top investors in these funds generally negotiate discounts on fees.

Citadel’s Kenneth Griffin, who launched his trading career from his Harvard dormitory in the 1980s, topped the list with $1.3 billion, Renaissance Technologies founder James Simons came in second with $1.2 billion, and Bridgewater Associates’ Ray Dalio placed third with $1.1 billion.

“All in all, last year turned out to be the worst one for this elite group of investors since the financial markets melted down in 2008,” the magazine said.