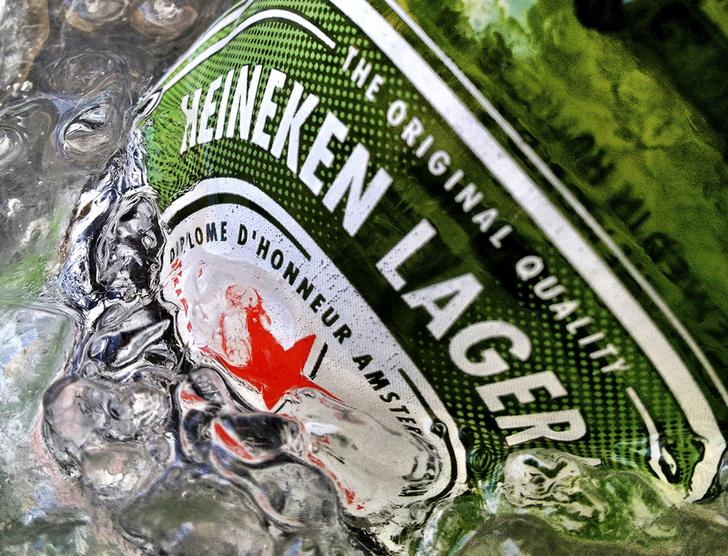 Heineken is crafting a significant shift in strategy. Of all the big brewers, it has done the most to build a single, eponymous, global beer brand. It more or less invented the premium beer market in the United States. Now, in buying a 50 percent stake in Lagunitas Brewing Company, a Californian outfit known for its India Pale Ale (IPA), it has grasped what global peers AB InBev and SABMiller already twigged – brewers can no longer hang their hats on global brands alone.

The undisclosed financials will be small against Heineken’s 40 billion euro market value. Lagunitas’ 1 million hectolitres of annual output makes it the fifth-largest craft brewer in the United States, but this pales beside its acquirer’s near-200 million hectolitres. The scale of the move is less important than the chance Heineken now has to enter the fast-growing craft beer market that accounts for 11 percent of total U.S. beer volumes.

It is hard to tell how much Heineken needs to pump up its U.S. volumes. The company does not split out country-specific figures. Its Americas division, which accounts for around a quarter of the overall business, reported 3 percent growth in revenue and a 3.7 percent rise in volumes in 2014.

That said, craft beer does not necessarily mean local beer for Heineken. Lagunitas achieved compound annual growth of 58 percent between 2012 and 2014, and Brewers Association figures show that exports of craft beers grew by a third in 2013-4. Heineken says it wants to bring its skills as global brand builder to Lagunitas.

AB InBev and SABMiller, which own the globally recognised Budweiser and MillerCoors brands respectively, have shown the way. AB InBev recently snapped up Blue Point Brewing of New York and Oregon’s 10 Barrel Brewing. In May, SABMiller bought the Meantime Brewing Company in the United Kingdom. A 3.7 percent upward shift in Heineken shares on Sept. 9 suggests investors welcome Heineken’s tacit acceptance that it needs to do more than sell fizzy beer in green bottles.

Heineken has taken a 50 percent stake in Lagunitas Brewing Company, the fifth-largest volume seller of craft beer in the United States.

Lagunitas was founded in California in 1993 and is expected to sell around 1 million hectolitres of beer in 2015.

A bottle of Heineken beer is seen in ice in Singapore

Heineken has taken a 50 percent stake in Lagunitas Brewing Company, the fifth-largest volume seller of craft beer in the United States.

Lagunitas was founded in California in 1993 and is expected to sell around 1 million hectolitres of beer in 2015.