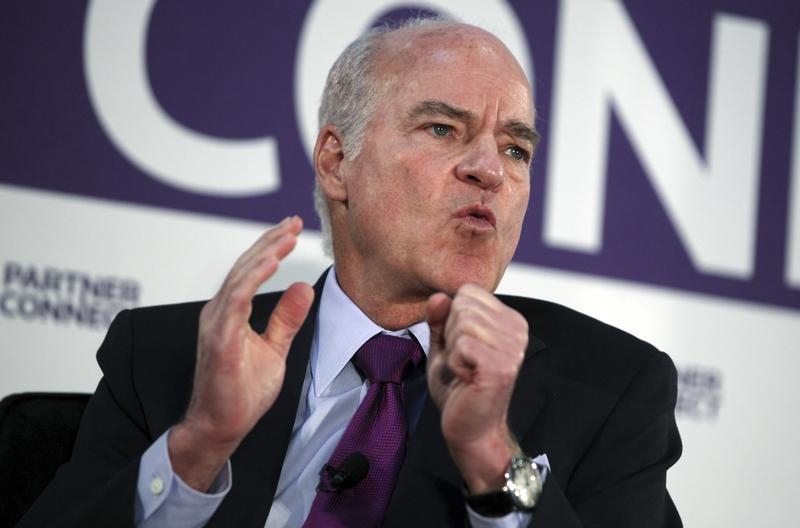 ValueAct disclosed a nearly 5 pct interest in KKR. Jeff Ubben’s firm is usually friendlier than many activists and sounds positive on the buyout shop’s prospects. Private-equity stocks have lagged bullish valuation hopes, though, and that could lead to a push for bigger changes.

KKR, which reported its quarterly results on the same day, said it welcomed ValueAct. "We like having smart, longer-term investors as shareholders," said Scott Nuttall, KKR's head of global capital and asset management.

Mason Morfit, ValueAct's president, speaking at 13D Monitor's Active-Passive Investor Summit, praised KKR's potential. "We strongly believe this thing is a 50-cent dollar," according to a report from the New York event by Business Insider.

KKR, whose units were trading at $18.50 apiece after a 4 percent rise on April 27, could be worth as much as $37 each once its assets are fairly assessed by investors, Morfit said, according to Bloomberg. The news service also reported, citing an unnamed source, that the two firms have discussed potentially converting KKR from a partnership to a corporation.

KKR's first-quarter economic net income of $550 million exceeded what analysts had been expecting and represented a swing from a loss a year ago.