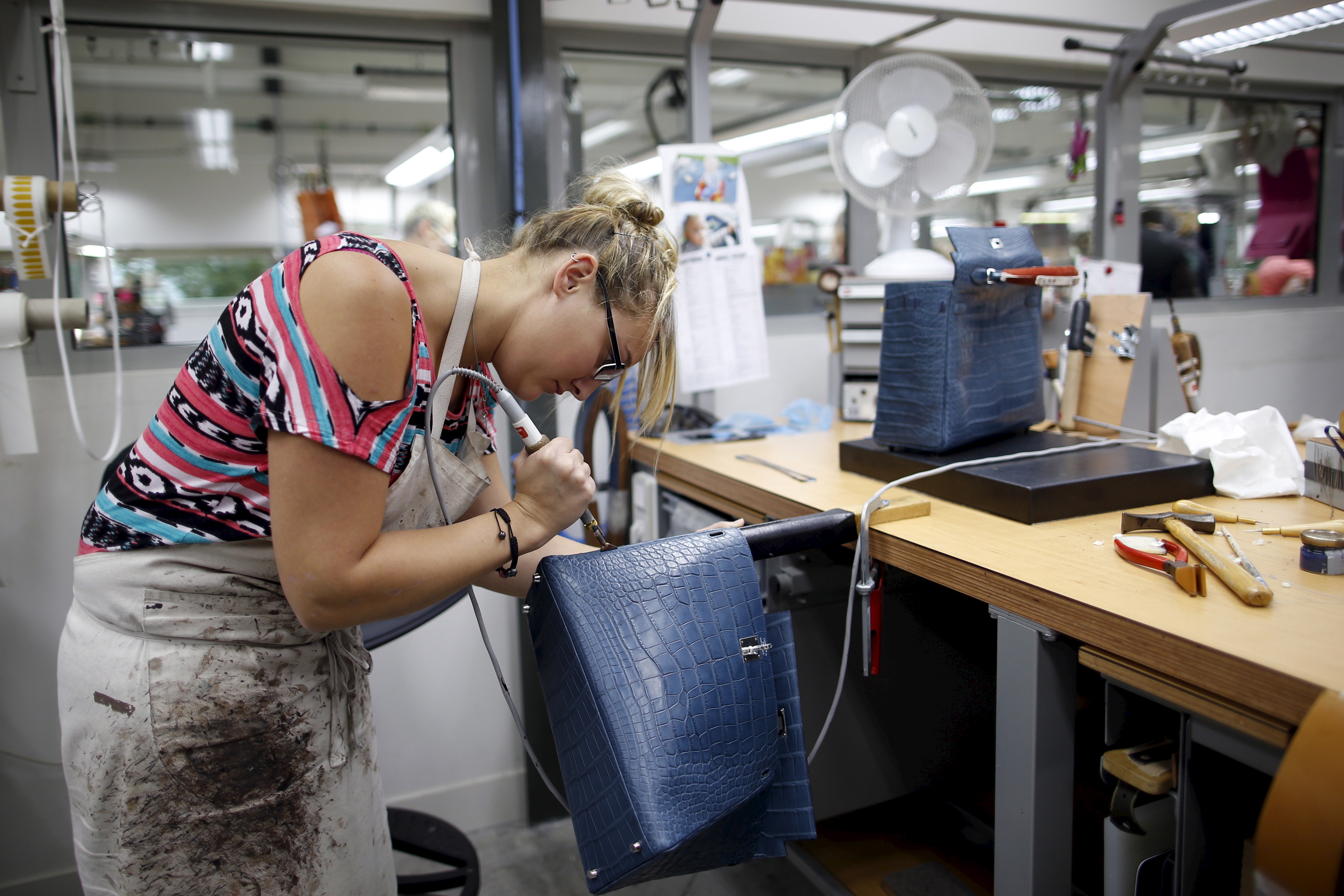 Sales at the French handbag maker were up 6 percent in the first quarter. That’s its slowest growth in at least five years but still better than most of its rivals. Yet it is now more dependent on the division that makes its $10,000 bags. Strip that out and it looks disheveled.

A craftswoman works on a Kelly bag at the luxury goods Hermes factory in Seloncourt.

Hermes reported first-quarter revenue of 1.2 billion euros ($1.35 billion), up 6.2 percent at constant exchange rates, on April 28, down from 7.2 percent growth in the last three months of 2015.

The maker of Birkin handbags reiterated that 2016 sales growth could be below its medium-term target of 8 percent at constant exchange rates “owing to the economic, geopolitical and monetary uncertainties around the world”.