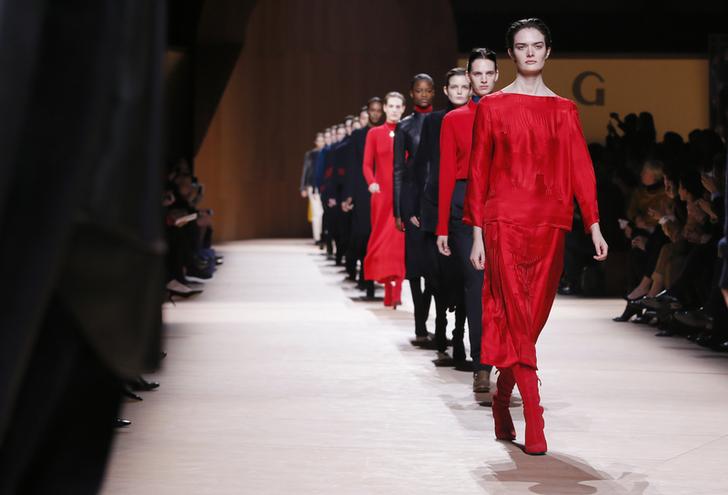 Hermes has won many a handbag fight. In the last two years its high-end leather goods found eager buyers in most markets, despite global economic weakness. On the home front the family controlled group has freed itself from the smothering embrace of Louis Vuitton owner LVMH.

On the back of last year’s strong performance, Hermes feels confident enough to pay an extra dividend of 530 million euros to its shareholders – 332 million of which will end up in the family’s pockets. It has confirmed guidance of 8 percent revenue growth this year, after 11 percent in 2014, at constant exchange rates.

Look at rivals though, and the immediate past may not be the best guide to the near future. Both Gucci, owned by France’s Kering, and Louis Vuitton have taken radical steps to address their woes. Hermes’ valuation of 32 times forward earnings – a big premium to Kering’s 18 and LVMH’s 21 times – may become harder to justify.

Hermes outsold Gucci last year for the second year in a row, but its 31 percent operating margin is comparable to its rival’s 30 percent. At LVMH, Louis Vuitton’s margin looks closer to 27 percent. Kering has changed the top management at Gucci, and LVMH is beginning to reap the rewards of moving its bags upmarket.

Hermes shares are up less than 5 percent this year, against 18 percent for Kering and 25 percent for LVMH. Hermes is a luxury pure player, whereas sales of comparable goods only amount to 67 percent of Kering’s and 44 percent of LVMH’s total revenue. But investors may start thinking a valuation such as Hermes’ is only justified if the group remains nonpareil. Should competitors really catch up, Hermes may look more and more like a normal luxury company – however good it may be.

In its latest release Hermes invites customers to see 2015 with “the eyes of the ‘flaneur’ ”, one who enjoys “taking a break”. That’s advice investors may be tempted to take literally.

French luxury goods maker Hermes said on March 25 that it booked a 7 percent rise in full-year operating profit, to 1.3 billion euros, in 2014, on sales of 4.12 billion.

The operating margin slipped to 31.5 percent of sales against 32.4 percent in 2013, the group said in a statement.