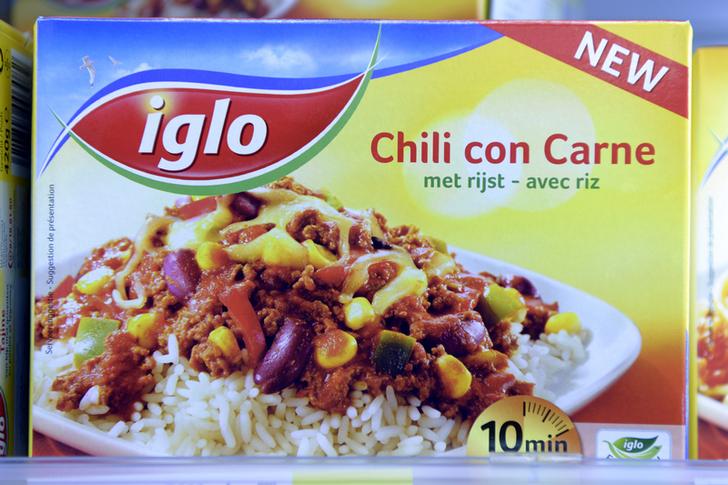 A vehicle backed by conglomerate-builder Martin Franklin and hedgie Noam Gottesman is buying Iglo for 2.6 bln euros. Seller Permira gets about 8.5 times 2014 EBITDA for the maker of Birds Eye fish fingers. It looks like a frugal base from which to build a big food group.

An Iglo frozen Chili con Carne meal is displayed at a shelf of a supermarket in Brussels.

Nomad Holdings said it would buy Iglo Foods Holdings, Europe’s biggest frozen foods business and the company behind the Birds Eye brand, for about 2.6 billion euros ($2.8 billion) from a company backed by private equity group Permira.

The deal is expected to be funded through a combination of Nomad’s cash on hand, equity, and the proceeds from a private placement to raise about $750 million, Nomad Holding, an acquisition company formed in April 2014, said on April 20. UK-based Iglo sells its frozen food such as fish, vegetables and meat across 12 European countries, with a focus on the United Kingdom, Germany and Italy where it has manufacturing plants.

Nomad Holdings was founded by Noam Gottesman and Martin Franklin. Israeli-American Gottesman is founder of investment firm TOMS Capital and co-founder of hedge fund GLG Partners, while Franklin is founder and executive chairman of Jarden Corp.