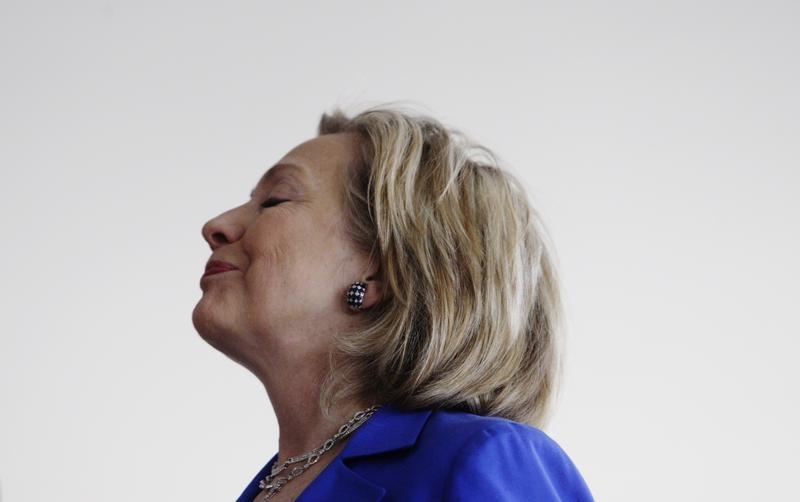 The former secretary of state has never had a reputation for being a serious foe to the financial industry. Bernie Sanders, her increasingly popular rival for the Democratic Party’s presidential nomination, on the other hand, does. So she needs some popular-sounding pitches to convince Democratic voters that she can sock it to bankers and traders, too.

Several of the ideas she lobbed into the ring on Thursday would add a couple of bruises to various Wall Street players. Institutions with $50 billion or more in assets would have to pay an extra fee – reminiscent of a suggestion President Barack Obama’s administration made years ago. Extra margin and collateral on repurchase agreements and a tax on high-frequency trading won’t go down well, either. Yet these proposals wouldn’t do much to help or harm markets.

Mostly, though, she merely promises to strengthen existing rules. These include giving regulators more power to break up behemoths, providing the Financial Stability Oversight Council with additional responsibility over shadow banking and nixing the Volcker Rule’s allowance for banks to invest 3 percent of capital in private equity and hedge funds.

There are some obvious appeals to populism, too. She also wants to force banks to claw back bonuses of employees involved in activity that leads to fines – but most have already implemented such rules themselves. And she wants to hold wrongdoers more accountable in general – though offers no substantive ideas for doing so.

This is all a far cry from more aggressive measures others have called for. Sanders, for example, wants to force banks and investment banks apart by reinstating the Glass-Steagall Act. He also plans a broader financial-transactions tax. Such measures would hurt the industry far more than Clinton’s. Hers are more manageable blows that Wall Street would be able to roll with.

The former secretary of state favors a sliding-scale risk fee on institutions with more than $50 billion in assets as well as a tax on high-frequency trading. She also wants to give regulators more power to reorganize, downsize or break apart financial firms that pose too much risk to the system.

Another of the former first lady’s ideas is to strengthen the Volcker Rule by eliminating a provision of the Dodd-Frank Act that allows banks to invest up to 3 percent of capital in hedge funds and private equity. She would impose margin and collateral requirements on repurchase agreements and other short-term borrowing as well.

In addition, Clinton wants to increase both individual and corporate accountability for wrongdoing. Measures include forcing financial firms to claw back a portion of bonuses awarded to employees who were involved in wrongdoing that leads to fines; and stronger restrictions on waivers that grant banks relief from limits on their operations put in place after bad conduct.

The former senator for New York also wants the Securities and Exchange Commission and the Commodity Futures Trading Commission to be self-funded, rather than have their budgets rely on congressional appropriations.