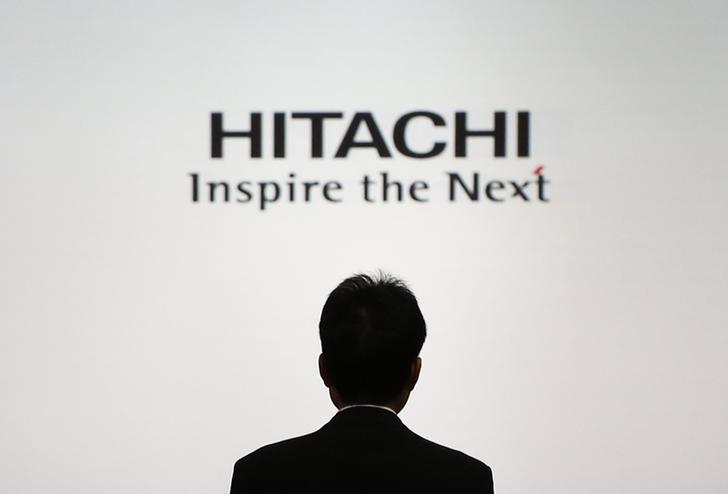 Hitachi’s $2.2 billion deal signals that Italy is open for M&A. The bullet-train maker has agreed to buy Finmeccanica’s rail units. In Italy, and across continental Europe, sales of high-end industrial assets to Far Eastern investors can be controversial. But Hitachi is a credible buyer offering a full price. It helps that the seller is keen to restructure and has sought these divestments for years.

Hitachi will pay 773 million euros for Finmeccanica’s 40.1 percent stake in Ansaldo STS, a leader in rail signalling, and tender for Ansaldo’s remaining stock at the same price. Full ownership, which Hitachi wants, would cost 1.93 billion euros. The price equates to 22.4 times expected 2015 earnings. That looks pretty full, given the Stoxx industrials index trades on 16.5 times forward PE, and Hitachi itself fetches 11.3 times.

Take the enterprise value and you find a similar story. Adjust for the 211 million euros of net cash Ansaldo STS reported last quarter, and EV is nearly 14 times 2014 operating profit of 125 million euros. That’s not far off the 15 times Siemens paid for Invensys’ signalling business – which boasted higher margins and brought fewer complications. In this case Hitachi must also buy problem unit AnsaldoBrera. At least that costs just 36 million euros, and Hitachi can park some of the rolling-stock unit’s problems with Finmeccanica.

Nor will Hitachi specify targets for cost cuts, or how soon it foresees an economic return. Still, it has headroom: operating profit margins were just 10 percent last year. They could rise perhaps 5 percentage points.

It’s not too surprising this deal got done, given Finmeccanica’s epic turnaround. Hitachi’s softly-softly approach probably helped. There might also be some reassurance in the fact that the company looks commited to European rail, moving the division’s headquarters to Britain last year.

Whether Chinese counter-bidders could have prevailed is another matter – CNR Corp was keen before its merger with fellow rail giant CSR, and Insigma reportedly looked at the same prey more recently. Chinese investment into Italy has risen: indeed, in December 2013 Finmeccanica sold its big stake in Ansaldo Energia to Shanghai Electric. But controlling investments from China can still make politicians nervous about jobs and factories disappearing overseas. Japan doesn’t seem to raise the same degree of alarm.

A logo of Hitachi Ltd. is seen at a news conference in Tokyo.

Hitachi of Japan agreed to buy rail assets controlled by Italian conglomerate Finmeccanica, in a deal worth up to 1.9 billion euros ($2.15 billion).

The buyer will pay 773 million euros, or 9.65 euros a share, for Finmeccanica’s 40.1 percent stake in rail-signalling business Ansaldo STS, and launch a mandatory offer for the remainder. Finmeccanica will also receive 36 million euros for parts of AnsaldoBreda, its struggling rolling-stock business.

The indebted, state-backer seller, which has been trying to sell the businesses for years, said the proceeds would allow it to cut debt by 600 million euros. Ansaldo STS made 125 million euros of operating profit in the year to December 2014, on sales of 1.304 billion euros.

Hitachi and Chinese rival CNR were shortlisted for the assets in October. A month later Finmeccanica said Hitachi had submitted an offer, but made no mention of CNR.