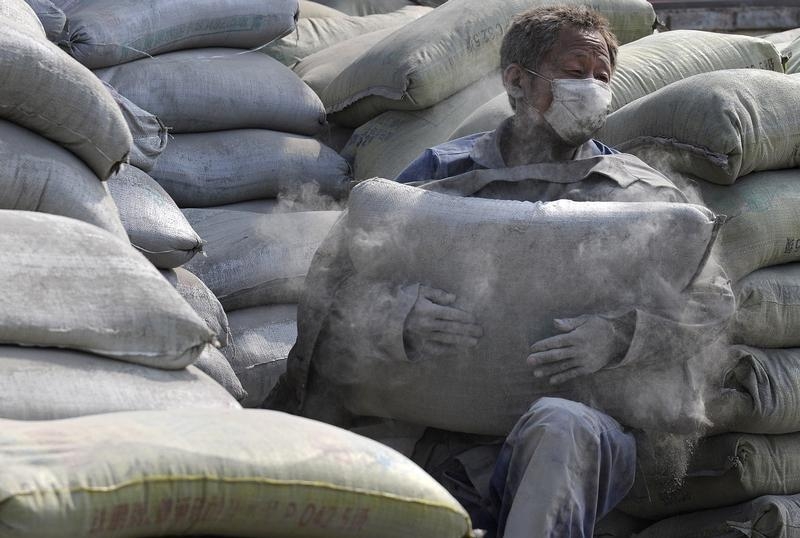 Hong Kong must pore over a cement deal that came unstuck. Shares in West China Cement crashed just before a takeover failed, suggesting the news leaked somehow. Regulators have already clamped down on insider trading, long seen as a big problem in the territory. Still, a fast and thorough investigation is needed here.

Anhui Conch had until June 30 to complete a $592 million deal lifting its stake in West China Cement to 51 percent-plus from 21 percent. But two days beforehand, shares in the smaller target plunged by nearly a third – suggesting some in the market were already pretty sure the deal was dead.

However they reached that conclusion, they were right. The two sides formally called off the deal late on June 30. When West China Cement shares resumed trading on July 4, they tanked another 25 percent. It is not yet clear what triggered the initial selloff, and there is no suggestion that the companies themselves are at fault. Still, Hong Kong’s Securities and Futures Commission needs to take a close look.

Insider trading has long been a weak spot in Hong Kong. The practice was only criminalised in 2003. Seven years later, a CFA Institute survey found the top concern about the integrity of the city’s financial markets was that investors, bankers, managers or majority shareholders might be unfairly benefiting from market-sensitive information.

To be fair to the SFC, it has been cracking down, undertaking 110 insider-dealing investigations last year, or nearly double the tally four years back. It can use “market misconduct tribunals”, which are easier to win than criminal prosecutions, to tackle rogues. Over the years it has secured some high-profile victories – like jailing former Morgan Stanley banker Du Jun, who was also ordered to repay $3.1 million to other investors. But the wheels can grind very slowly. Du’s case, including appeals, took more than six years to conclude.

Insider trading is just one of several blemishes on the Hong Kong market, alongside overweening controlling shareholders, market manipulation, and interminable share suspensions. But West China Cement’s share price plunge is a clear red flag. Clearing this episode up quickly should be a priority.

China's Anhui Conch Cement will not pursue a planned takeover of smaller rival West China Cement, the two companies said after the market closed on June 30.

In a joint statement to the Hong Kong stock exchange, the cement firms said various requirements had not been fulfilled before the deal's deadline, or "long stop date", including "approval of the transaction by commerce authorities" in China.

"Conch Cement and West China Cement will continue to explore future opportunities for business collaboration in different structures or manners," they added.

The shares had fallen 33 percent on June 28, before West China Cement applied for a trading halt ahead of an announcement about the deal.

In November, Anhui Conch agreed to increase its stake in West China Cement from 21.2 percent to at least 51 percent, by swapping four businesses for West China Cement shares valued at HK$4.6 billion ($592 million). The deal would have also triggered a mandatory offer to buy the rest of the target's shares.