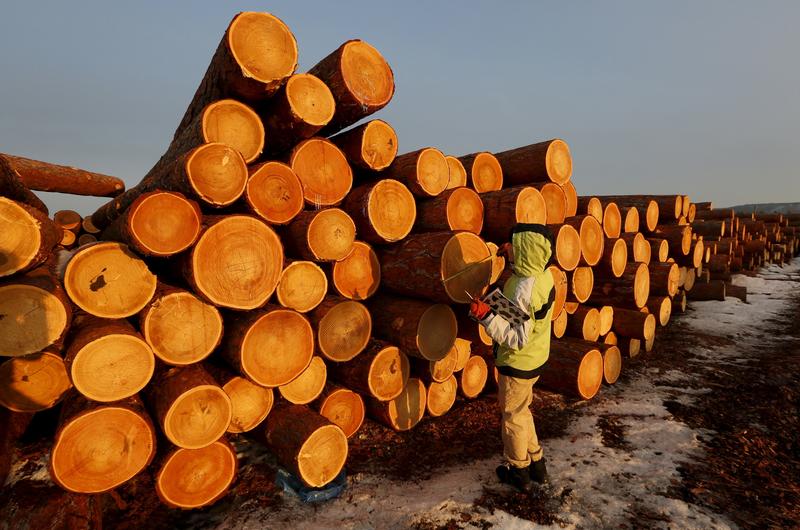 The Hong Kong securities watchdog is cracking down on market misconduct. On Monday the SFC sued UBS, StanChart and others over the 2009 IPO of a troubled Chinese company. Fines and licence freezes are likely. Chinese banks, which now dominate local listings, should pay attention.

An employee measures the trunk of logs at the Boguchansky wood processing plant in the Taiga forest north of the village of Boguchany in Krasnoyarsk region, Siberia, Russia, March 22, 2016. The plant, which was founded in 2008, exports timber to Europe, Japan and China. The Taiga, also known as the boreal forest, on the coast of the Angara and Yenisei rivers is one of the main areas for the industrial cutting of wood thanks to the high quality of the Angara pine and larch. REUTERS/Ilya Naymushin TPX IMAGES OF THE DAY - RTSC88J

The Securities and Futures Commission (SFC), the Hong Kong's markets watchdog, filed on Monday a lawsuit against Standard Chartered, UBS and four other parties over the 2009 listing of China Forestry Holdings, Reuters reported on Tuesday.

The SFC is seeking unspecified damages for market misconduct over the IPO prospectus of China Forestry filed in 2009, as well as other company financial reports.

China Forestry raised $216 million in its IPO, but its shares have been suspended since January 2011. The company is in liquidation and in the process of being delisted after the auditors said they had found possible accounting irregularities.

UBS and Standard Chartered disclosed last year they were being investigated by the SFC over their role as IPO sponsors.