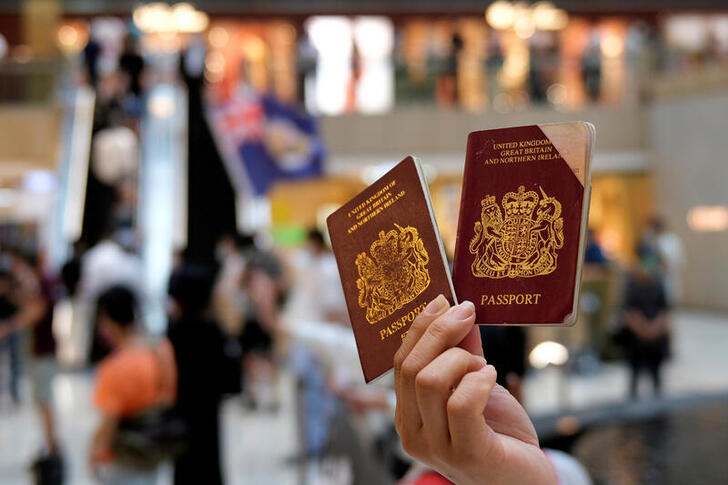 The British government thinks 200,000 Hong Kongers will take up the former colonist’s offer of legal residence. That would add less than 1% to GDP, only a rounding error in comparison to the likely post-Brexit pain from lost EU migrants, and possible retaliation from Beijing.

Hong Kong citizens planning to relocate to the United Kingdom with their British National (Overseas) passports this year are barred from withdrawing their savings from the government’s compulsory retirement plan, Apple Daily reported on Sept. 28.

The Mandatory Provident Fund normally prevents withdrawals until the account holder reaches the retirement age of 65, unless the person plans to leave Hong Kong permanently. But according to the Apple Daily report, the Hong Kong government considers the BNO passport a “travel document” rather than proof of residency outside the former colony.

The relationship between the United Kingdom and China has been “seriously poisoned”, Liu Xiaoming, Beijing’s ambassador to London, said on July 30.

The criticism comes after a number of political disputes in recent months, including the ban of Chinese telecommunications firm Huawei Technologies from the UK’s 5G mobile network and the UK decision to extend the rights of British National (Overseas) passport holders.

Starting from January 2021, those in Hong Kong with BNO passports would be able to apply for special visas to live in Britain that could eventually confer citizenship, interior minister Priti Patel said.

However, China opposes such a policy as interfering in domestic affairs, with a spokesman telling a news briefing that the country “will consider not recognising BNO passports as a valid travel document, and reserves the right to take further measures”.

About 200,000 Hong Kong citizens with British passports could come to live in the UK over the next five years, according to internal Foreign Office estimates, the Financial Times reported on July 13.