Man with a plan 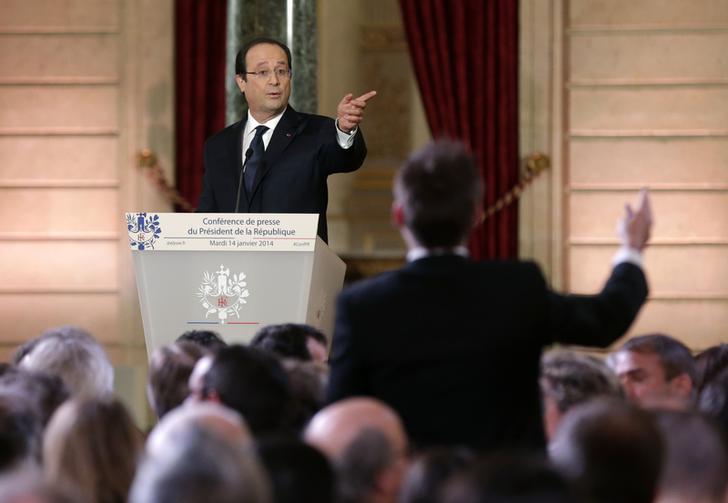 Not that long ago a French socialist president talking about the need for supply-side reforms would have represented an intellectual revolution. After six years of financial crisis, the euro zone’s near-death experience and with the French economy stalling, it simply sounded like a long-overdue admission of reality when it came from François Hollande at his Jan. 14 press conference. Still, the slow learning doesn’t take anything from the intention to “accelerate,” as he chose to put it, economic reform.

Hollande’s pro-business plan starts by acknowledging that profits are deteriorating and must be restored, that labour costs must come down, and that France is over-taxed and must rein in public spending – because it is good policy and not just because Brussels wants it.

In his first years as president, Hollande has often looked like an indecisive leader, unfamiliar with if not hostile to business, tinkering with rather than embracing reform, willing to raise taxes but reluctant to shrink the oversized state machine. He didn’t look like that president on Tuesday. He was combative and his plan is ambitious.

The question is whether he has the capacity to see it through. For that, he must overcome both businesses’ guarded scepticism and the unions’ opposition – not to mention sniping from within his own majority.

The core of the plan is to stop using payroll taxes on businesses to finance the country’s generous family benefits. The change is sure to raise opposition from strong lobbies of both right and left. Hollande wants the state budget to take over the payments, but without raising taxes. He called for a vigorous review of public spending, aiming to cut the pace of annual spending by some 50 billion euros by 2017.

Investors and France’s euro zone partners – first of all Germany – will like the programme, but will want to see what actually happens. The spending cuts announced look brutal. Hollande would be well-advised to ditch that part – and instead plan savings over a longer period.

But the main thing is that the diagnostic is right at last, and that a timetable has been set for the implementation of sensible reforms. Now the hard part begins.

Over 500 journalists attended the conference at the Elysee Palace ballroom.

French President Francois Hollande takes a question from a journalist at a news conference at the Elysee Palace in Paris, January 14, 2014.

Over 500 journalists attended the conference at the Elysee Palace ballroom.