It’s not the economy, stupid 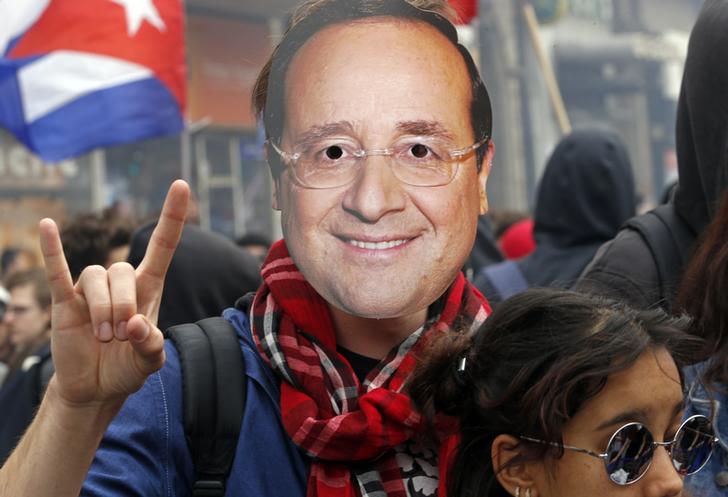 Unemployment keeps hitting new highs but at least consumption and growth are holding up pretty well. President Francois Hollande’s plight is far more parlous. High-profile missteps are taking a toll on both his own political prospects and those of his ruling Socialists.

A demonstrator wears a mask depicting French President Francois Hollande during a demonstration by French high school and university students against the French labour law proposal in Marseille, France, as part of a nationwide labor reform protests and strikes, March 31, 2016.

President Francois Hollande on March 30 abandoned plans to strip French nationality from people convicted of terrorism, climbing down from a tough stance he took days after the November attacks in Paris that killed 130 people.

French consumer spending unexpectedly rose 0.6 percent in February compared with the previous month. This pushed the volumes of goods purchased to a record high, surpassing a peak reached five years ago, official data showed on March 31.