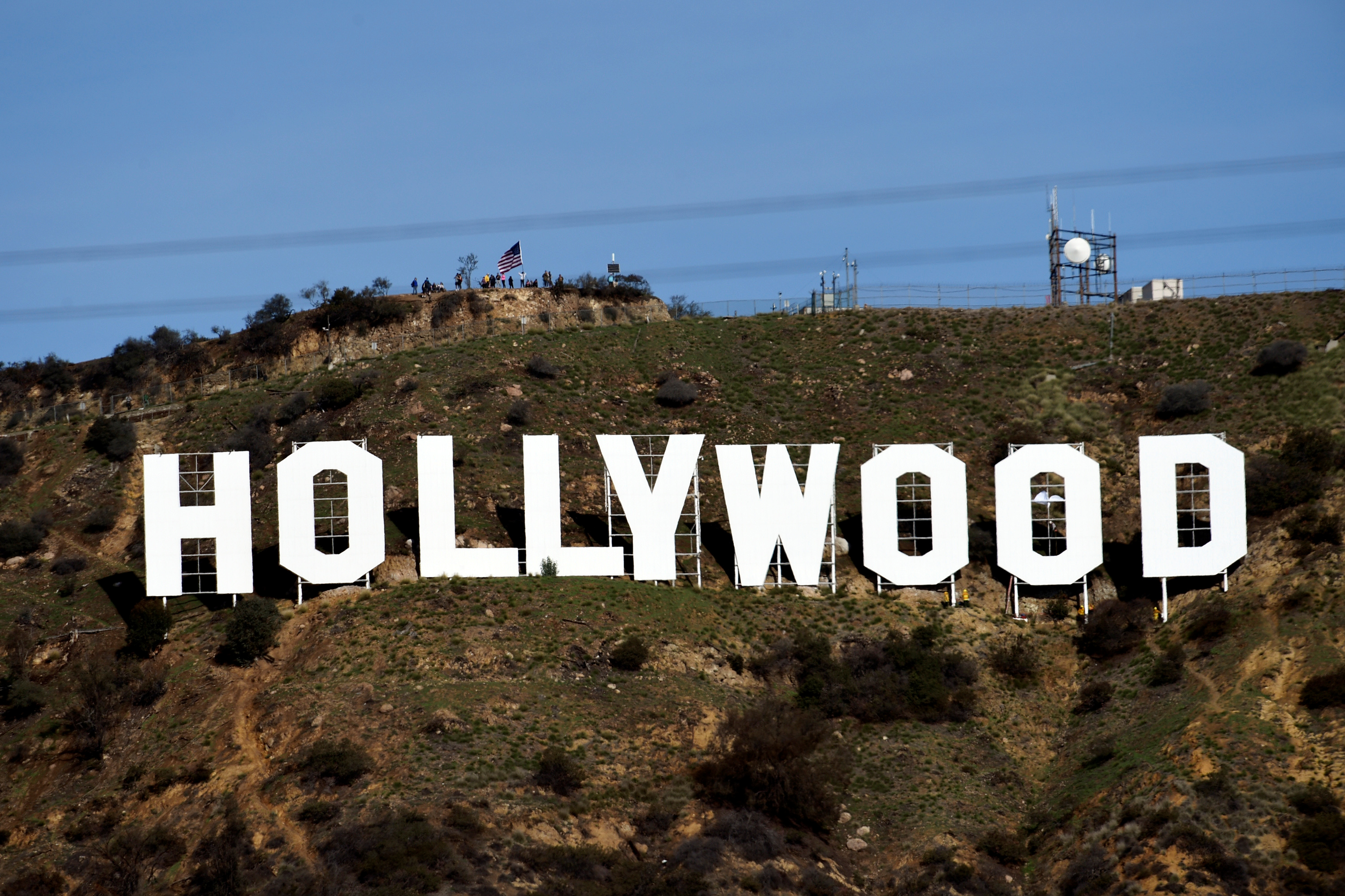 A view shows the "iconic "Hollywood" sign overlooking Southern California's film-and-television hub, after it was cleaned up after it was defaced overnight in the Hollywood Hills in Los Angeles, California, U.S. January 1, 2017.

U.S. film studios including Time Warner’s Warner Bros, Comcast’s Universal and Rupert Murdoch’s Twentieth Century Fox are considering releasing movies less than 45 days after they debut on theater screens, according to a March 26 report in the Wall Street Journal citing people familiar with the matter. Films could be available on demand in a few weeks for a price of $30 to $50 per movie.

Typically, movies are not made available on DVDs or video on demand until 90 days after they opened in cinemas.

The Motion Picture Association of America said that global box-office ticket sales totaled $38.6 billion in 2016, a 1 percent increase from 2015. In the United States and Canada box-office sales rose 2 percent year-over-year to $11.4 billion while international sales were flat, totaling $27.2 billion.