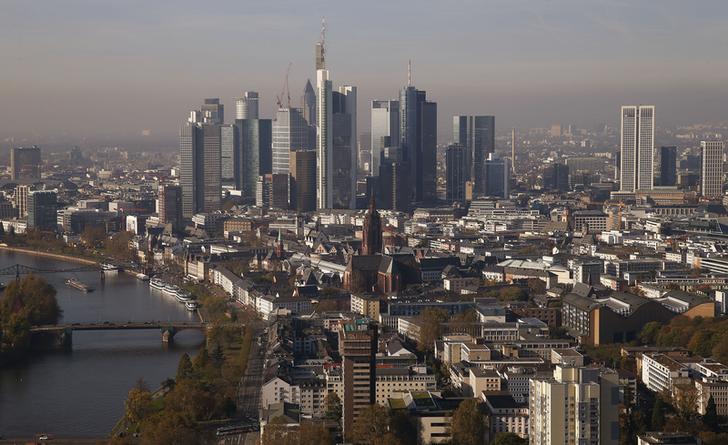 Hijacking the bride is a popular German wedding tradition. Residential landlord Vonovia is doing something similar in Germany’s real estate sector. It has tabled a 14.3 billion euro offer for Deutsche Wohnen, trying to thwart its rival’s agreed takeover of another real estate company, LEG Immobilien. The gatecrasher’s proposal looks about 1 billion euros more attractive for Wohnen’s shareholders at first glance – if the interloper can deliver what it is promising.

All three companies have similar business models, renting out flats in the low and middle segments of the German lettings market. Tight regulation limits the scope for rent increases. But residential lettings in Europe’s strongest economy offer stable returns. In a sector driven by economies of scale, Vonovia has been a key consolidator. In four deals since 2014, the company formerly known as Deutsche Annington has almost doubled its number of flats to 370,000 all across Germany, increasing its EBITDA margin from 60 percent to 68 percent.

Vonovia is offering 2.9 billion euros in cash plus new shares worth 7 billion euros for Berlin-focused Wohnen. That implies an 11 percent premium on the target’s three-month volume-weighted share price. At first glance, that’s rather parsimonious. When Vonovia bought Gagfah in late 2014, it paid an 18 percent markup. But synergies change the picture. The bidder promises 77 million euros of post-tax merger benefits per year – more than twice as much as in the Wohnen-LEG deal. The capitalised synergies, combined with the 10 percent price premium, create a total value of 1.3 billion euros for Wohnen shareholders, compared to less than 200 million in the rival transaction, a Breakingviews calculation shows.

This home intrusion does come with risk. Wohnen shareholders would have to give up control. A big question is if the bidder is capable of digesting yet another big acquisition so soon after its recent spree. Even if it would be a while before the integration of Wohnen started for real, there is still a risk of overreach. And the financial logic hinges crucially on the bidder’s ability to deliver on the promised synergies. Moving in with Vonovia looks more attractive for Wohnen shareholders, provided they have faith in their new flatmate.

The company said on Oct. 14 that it intends to offer 83.14 euros in cash plus seven new shares in Vonovia for every 11 Deutsche Wohnen shares. The takeover offer is subject to the condition that Deutsche Wohnen does not go ahead with its planned merger with LEG.

The company said on Oct. 14 that it intends to offer 83.14 euros in cash plus seven new shares in Vonovia for every 11 Deutsche Wohnen shares. The takeover offer is subject to the condition that Deutsche Wohnen does not go ahead with its planned merger with LEG.