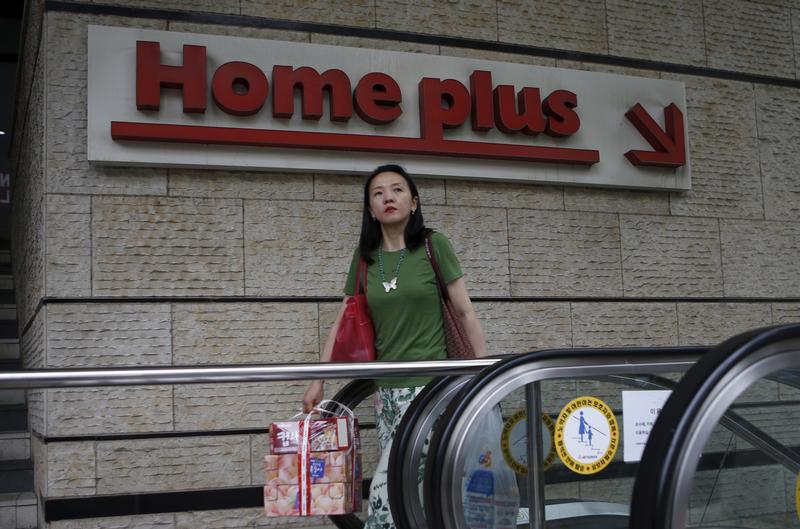 Asian buyout firm MBK will list some of the hypermarket buildings it bought from Tesco. This $1.5 bln REIT should fly in yield-hungry Seoul. Yet the split could make it harder to sell the rest. Separating property and operating units was a boom-era trick that ended badly.

A woman walks out from a Homeplus market in Seoul, South Korea, August 24, 2015. British retailer Tesco has received three separate binding bids for its South Korean unit Homeplus from a consortium of Affinity Equity Partners and KKR & Co, Carlyle Group LP, and MBK Partners, people familiar with the matter said. The people declined to be identified as the sale process is private. Tesco, MBK Partners, KKR and Affinity declined to comment. Carlyle did not offer an immediate comment. Picture taken August 24, 2015. To match SOUTHKOREA-TESCO/BIDS

Homeplus, the South Korean hypermarket chain controlled by investors led by Asian private equity firm MBK Partners, has filed for an initial public offering of a real estate investment trust (REIT) that could raise up to 1.7 trillion won ($1.5 billion).

Korea Retail Home Plus REIT I (KRH) will offer almost 346 million shares within a price range of 4,530 won and 5,000 won each, raising between 1.6 trillion won and 1.7 trillion won in total, according to a term sheet.

Proceeds from the offering will be combined with debt financing to buy 51 hypermarket properties from Homeplus for up to 4.3 trillion won.

Homeplus plans to launch a roadshow to sell shares in the offering on Feb. 28. The stock is set to begin trading in Seoul on March 29. Citigroup and Goldman Sachs are global coordinators of the IPO.

MBK led a group of investors including Canada Pension Plan Investment Board and Singapore state investment fund Temasek to buy Homeplus from U.K. retailer Tesco in 2015 for an enterprise value of 4.2 billion pounds.