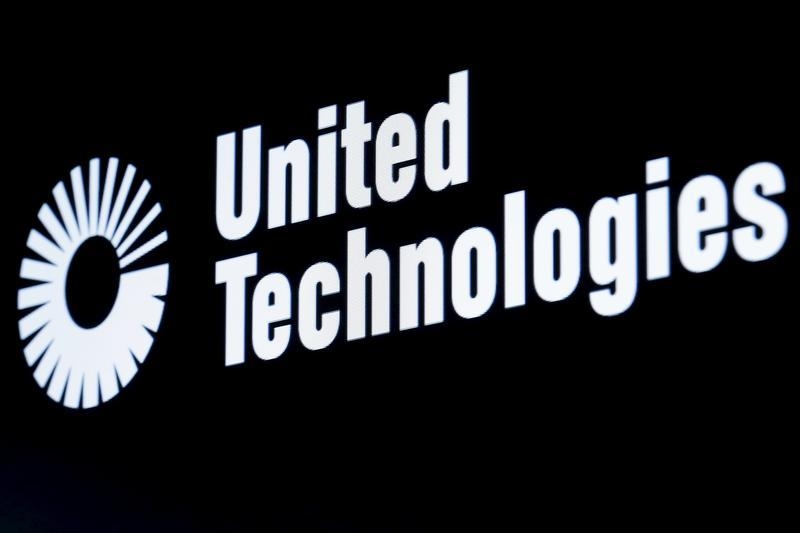 Maybe it should be “lies, damned lies, and mathematics.” Honeywell International wants to combine with United Technologies to create a $160 billion aerospace giant. United Tech says the deal won’t pass antitrust muster. There’s often a price at which such risks miraculously become acceptable. For now, though, the two companies are poles apart on the merger sums.

Honeywell on Feb. 19 pegged the deal’s value to United Tech shareholders at $108 a share, using its own share price the day before to set the value of the stock component that makes up just over 60 percent of the total. That led to a reasonable starting premium of 22 percent.

As news reports about a possible deal multiplied, Honeywell released its proposal. United Tech countered that the stock portion was only worth the sum of the two companies’ market values less new debt, making the offer tally $101 a share for a paltrier 14 percent premium. Chief Executive Gregory Hayes is arguing essentially that the premium is a zero-sum game: If a target’s shareholders are paid more than the prevailing price, it must reduce the acquirer’s market value accordingly.

That depends on whether new value can be created. Honeywell sees $3.5 billion of annual synergies. Taxed at 26 percent and put on the company’s earlier 16.1 times price-to earnings multiple, these add up to more than $40 billion in present value.

United Tech says that’s too aggressive. Annual cost savings and such would only reach $2.5 billion, worth roughly $23 billion today on a blended EBITDA multiple. In any case, the company says, this benefit would probably get wiped out by divestments trustbusters would demand, price cuts the behemoth would have to offer customers and merger costs.

The respective math choices are transparently self-serving. There could be what M&A practitioners call “social issues” at work, however. When Honeywell ran its numbers, its market capitalization was bigger than United Tech’s, making it the more logical buyer and allowing the suggestion that Honeywell boss David Cote should lead the combined group.

United Tech, though, is bigger measured by sales and even profit – and now, once again, by market cap. A few years ago, United Tech considered buying Honeywell. Getting past that kind of history and a CEO rivalry can sometimes defeat even the most imaginative financial calculations.

U.S. industrial conglomerate United Technologies on Feb. 26 rejected a $90.7 billion offer by rival aerospace supplier Honeywell International, saying that pursuing a merger would be “irresponsible” toward its shareholders. The combined market value of the two companies is about $160 billion.

United Tech said the two companies had talked about a possible combination for years, but that the regulatory environment had changed and a merger now would either be blocked outright, or any synergies would be far outweighed by regulatory delays, required divestitures, and customer concerns and concessions. United Tech made its comments in a regulatory filing on the same day just hours after Honeywell spelled out the details of its offer.

In 2012, Honeywell Chief Executive David Cote was approached by the then-CEO of United Technologies, Louis Chenevert, who had come to discuss merging the two aerospace companies, according to Reuters.