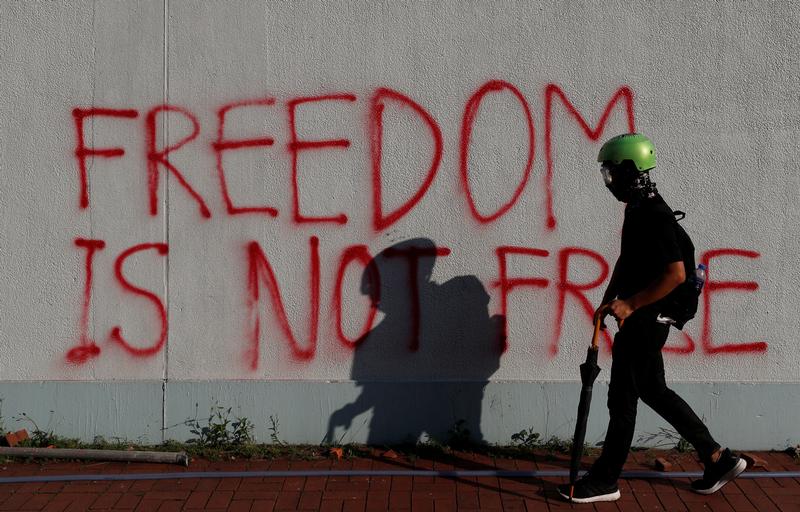 China has challenged the territory’s judicial independence, just as a three-day siege at a local university ratchets up tensions again. U.S. lawmakers are backing protesters and increasing pressure on Donald Trump to follow. That could imperil an already-precarious trade deal.

China’s top legislature has said that Hong Kong courts have no power to rule on the constitutionality of legislation under the city's Basic Law, state news agency Xinhua reported on Nov. 19.

The move follows Hong Kong’s High Court ruling on Nov. 18 that a government ban on wearing face masks during public demonstrations was unconstitutional.

Separately, Polytechnic University in Hong Kong's Kowloon district has been at the centre of a standoff between protesters and police since Nov. 17. Amid petrol bombs and tear gas, dozens of protesters staged an escape from the campus by shimmying down from a bridge and fleeing on waiting motorbikes.