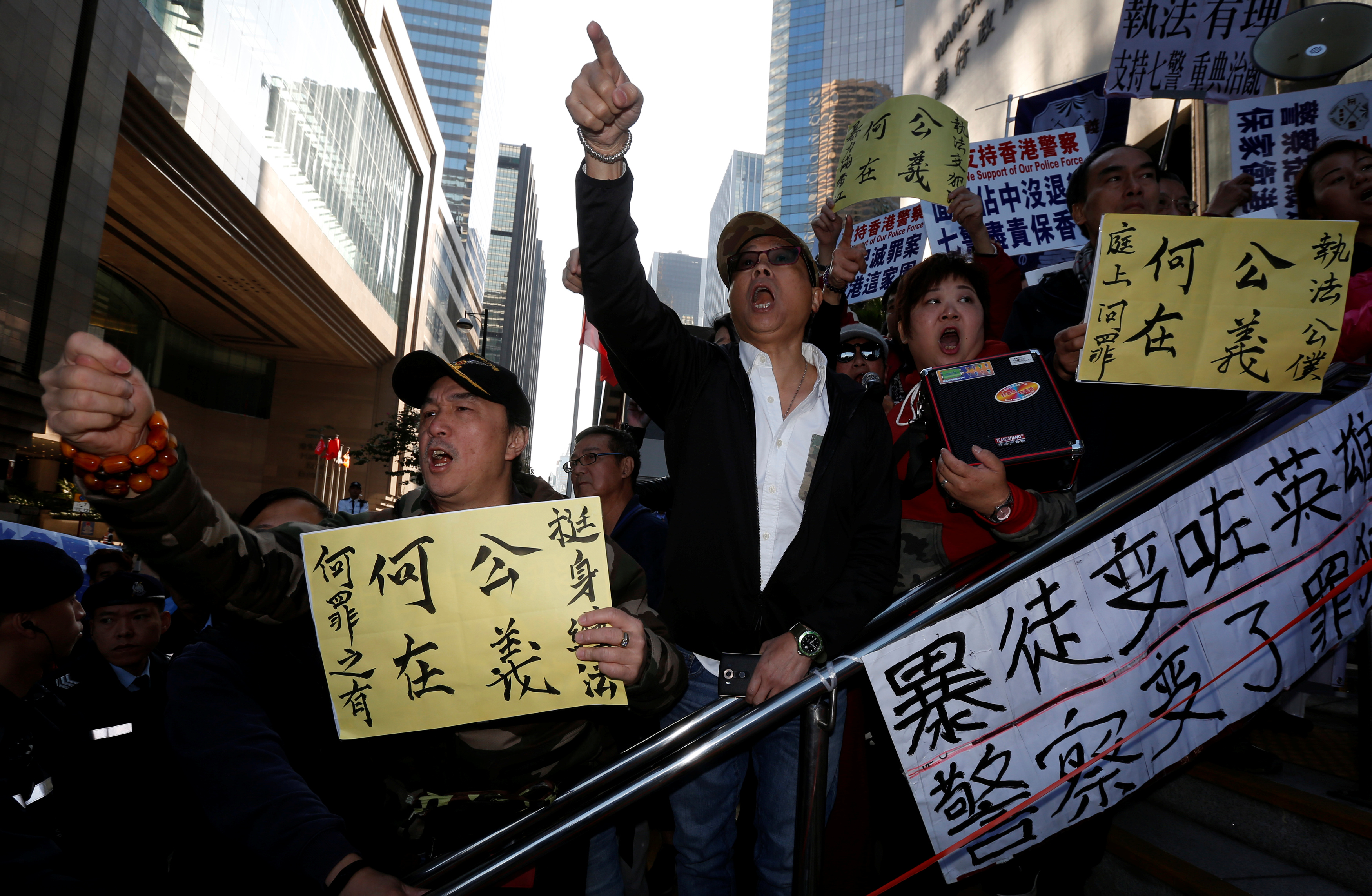 The city’s new finance chief rolled out new spending and said occasional deficits might be permitted. The shift away from stinginess comes weeks before Hong Kong chooses a new leader. But it’s unlikely to placate the protest movement; the massive $120 bln reserve stays untouched.

Supporters of police officers argue with pro-democracy protesters outside a court where seven police officers, charged in connection with the beating of a protester during Occupy Central pro-democracy demonstrations, arrive at a court in Hong Kong, China February 14, 2017. REUTERS/Bobby Yip - RTSYIZK

"The growth of government expenditure cannot keep outpacing economic growth for an undue period, lest the risk of a structural deficit would emerge," Chan said.

The vote to select the next Hong Kong chief executive is scheduled for March 26. Only a fraction of the population, mainly tycoons and business leaders, can cast a vote.