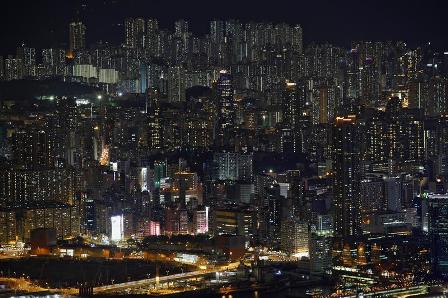 Hong Kong’s plan to cool an overheated housing market by increasing supply sounds like repeating past mistakes. Even if the territory is able to boost construction as much as it intends, the expansion is modest. Property prices remain at the mercy of external forces.

The aftermath of the former colony’s last housing boom is a vivid memory for many residents. Following its return to Chinese rule in 1997, Hong Kong embarked on a building spree: the supply of private housing jumped 16 percent in five years. Unfortunately, the construction bonanza coincided with the twin shocks of the Asian financial crisis and the SARS epidemic. House prices halved over the same period.

Now Hong Kong’s chief executive Leung Chun-ying has set a target to increase the supply of housing over the next decade by 470,000, with 40 percent coming from the private sector. To achieve this, he has pledged to free up land for development and loosen planning restrictions to squeeze even more apartments into the same space.

Leung’s strategy is to make housing more affordable. Rising prices and rents are squeezing residents and fuelling popular dissatisfaction with the leadership and with Chinese rule. The price of a typical 50 square-metre apartment is now almost 15 times the median buyer’s annual income, according to the Hong Kong Monetary Authority. The ratio hasn’t been as high since 1997. Attempts to restrict mortgages and impose extra taxes on non-resident buyers have so far only affected demand for the most expensive apartments that are beyond the reach of most ordinary residents.

Yet the latest supply measures should not be exaggerated. The government’s target of 13,600 new private units a year amounts to growth of just over 1 percent in the market. Any significant cooling depends on higher U.S. interest rates – which will push up mortgage repayments and give investors an alternative source of income – and less capital flowing across the border from China. Until these change, Hong Kong can’t build away high house prices.

Public and private residential blocks are seen on a hillside in Hong Kong June 19, 2012. REUTERS/Bobby Yip

Hong Kong’s chief executive Leung Chun-ying pledged to boost the city’s supply of housing and to spend about HK$3 billion ($390 million) a year to help tackle poverty, in his annual policy address on Jan. 14.

Leung said the government would raise the target for the completion of private housing units each year over the next five years by 40 percent to 13,600, up from an average of 9,680 over the past five years. He raised the forecast for public housing supply over the next 10 years by 36 percent.

In total, the government aims to increase the supply of housing by 470,000 over the next decade, with 60 percent in the form of public housing and 40 percent private property.

The government said it would increase the maximum number of dwellings that can be built on a piece of land by 20 percent for some densely-populated areas.