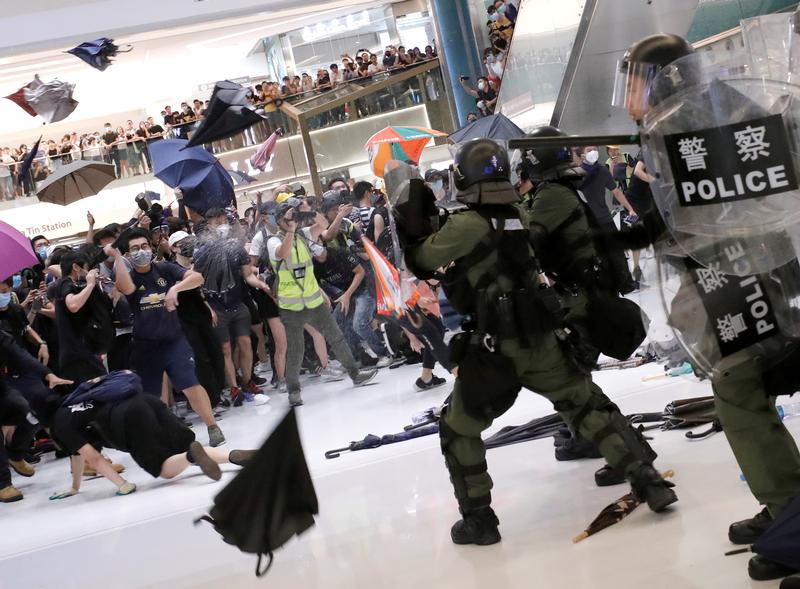 As the city’s tycoons will attest, scale comes at a cost. Protests first focused on extraditions to the mainland, but as the leaderless movement has grown, so too have flare-ups around issues like border traders. That is hitting business; it may also squander a chance for change.

Luxury group Richemont said on July 18 that sales in Hong Kong had been hit by the political protests that began in June. Watchmaker Swatch, announcing first-year results on July 17, cited a double-digit decline in sales in the city. The city is one of the world’s biggest export markets for Swiss watches.

Tens of thousands rallied in a Hong Kong suburb on July 14, as protesters took their message beyond the city centre. Clashes broke out as demonstrators hurled umbrellas and plastic bottles at police, who retaliated by firing pepper spray.

Millions have taken to the streets in the past month in some of the largest and most violent protests in decades over an extradition bill that would allow people to be sent to mainland China for trial. Chief Executive Carrie Lam has said the extradition bill is “dead”, but opponents continue to seek its formal withdrawal.