The devil you know 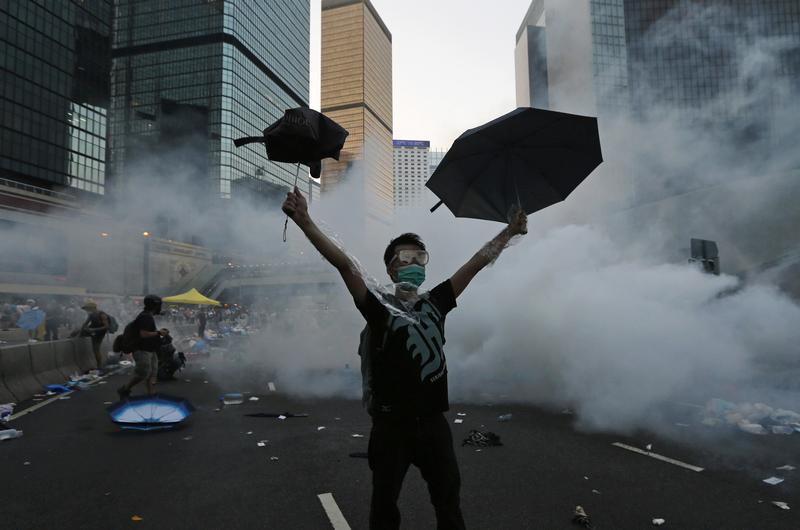 The central government is investing heavily overseas and touting itself as a benign benefactor. But in 20 years it has alienated many Hong Kongers. The bad PR is a blot on China’s image. It suggests Beijing has a lot to learn about winning friends and influencing people.

A protester (C) raises his umbrellas in front of tear gas which was fired by riot police to disperse protesters blocking the main street to the financial Central district outside the government headquarters in Hong Kong, September 28, 2014. Hong Kong police used tear gas for the first time on Sunday to disperse pro-democracy protests and baton-charged the crowd blocking a key road in the government district after Hong Kong and Chinese officials warned against illegal demonstrations. REUTERS/Tyrone Siu (CHINA - Tags: CIVIL UNREST POLITICS TPX IMAGES OF THE DAY) - RTR480EE

Chinese President Xi Jinping will visit Hong Kong from June 29 to July 1 to mark the 20th anniversary of the handover of the Asian financial hub from British colonial rule to the mainland.

Hong Kong was handed back to China on July 1, 1997, under a "one country, two systems" formula that promised a high degree of autonomy.

Opinion polls conducted by the University of Hong Kong show an increasing proportion of citizens began identifying themselves as "Hong Kongers" - as opposed to "Chinese" - over the last decade, reversing a previous trend. Confidence in Hong Kong's future has been falling, as has confidence in the "one country, two systems" model.