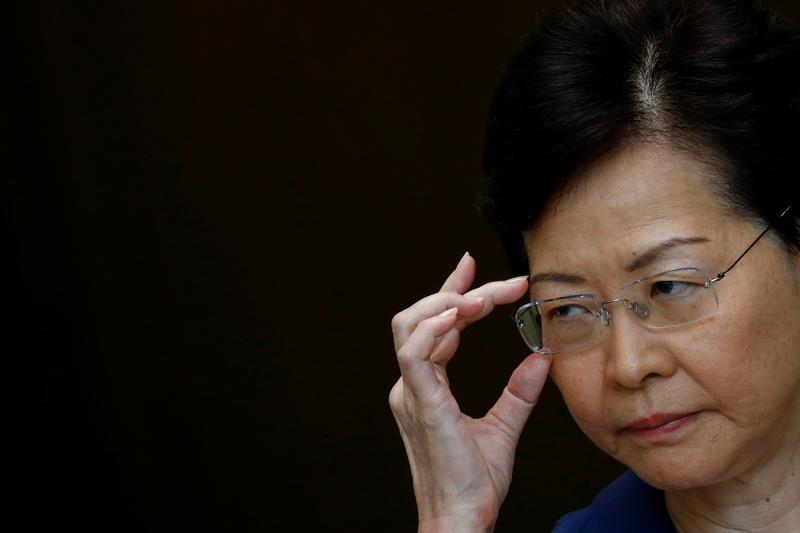 Carrie Lam keeps failing to defuse a crisis of her own making. Increasingly out of touch, she has become a liability as the economy suffers and China’s anniversary approaches. It’s getting harder to see how she will be the one to find a compromise that subdues violent protests.

Rail operator MTR suspended some services, but tens of thousands of protesters calling for democracy in the former British colony made it to a sports stadium in the vast container port of Kwai Chung, from where they marched to nearby Tsuen Wan.

At one point, a policeman fired a pistol shot into the air as a warning to protesters. Police said on Aug. 26 that 15 officers were injured and that they had arrested 29 men and seven women, aged 12 to 48, for unlawful assembly, possession of offensive weapons and assaulting police officers.

The clashes marked a return to unrest after days of calmer demonstrations. The protests, which started in June over a now-suspended extradition bill, have rocked Hong Kong for three months, occasionally causing serious disruption, including at the airport.