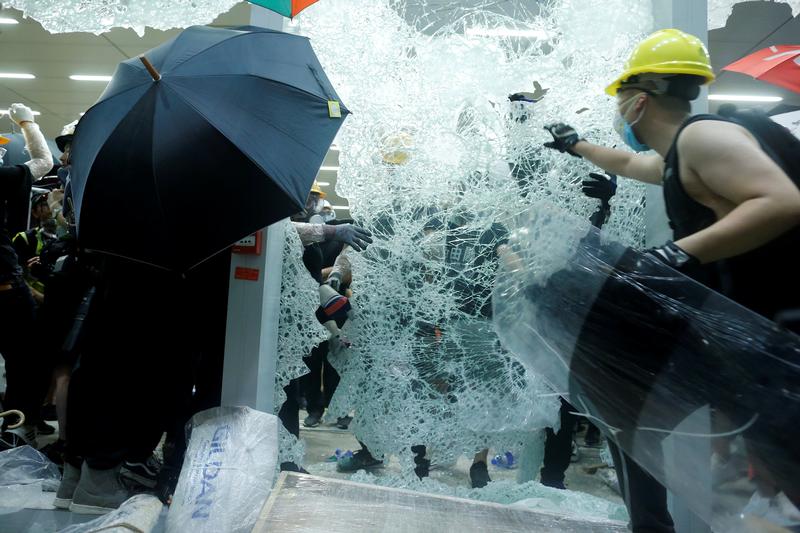 A furious faction broke into the city’s empty legislature and trashed it, deepening a crisis for Chief Executive Carrie Lam. The violence will weaken some of the movement’s support. It also may spook big business and give Beijing a pretext to dig in. There’s little to celebrate.

Protesters break the windows of the Legislative Council building on the anniversary of Hong Kong's handover to China in Hong Kong, China July 1, 2019. Picture taken July 1, 2019.

Hong Kong police fired tear gas early on July 2 to disperse hundreds of defiant protesters, some of whom had stormed and ransacked the legislature building hours earlier on the anniversary of the city's 1997 return to Chinese rule.

Hong Kong Chief Executive Carrie Lam held a news conference at 4 a.m. (2000 GMT), where she condemned the violent protests. Her proposal to allow extradition from the special administrative region to mainland China sparked a series of mass protests in June. She subsequently suspended the bill but did not entirely withdraw it.

The government said it had stopped work on amendments to the legislation, and that it would automatically lapse in July 2020.