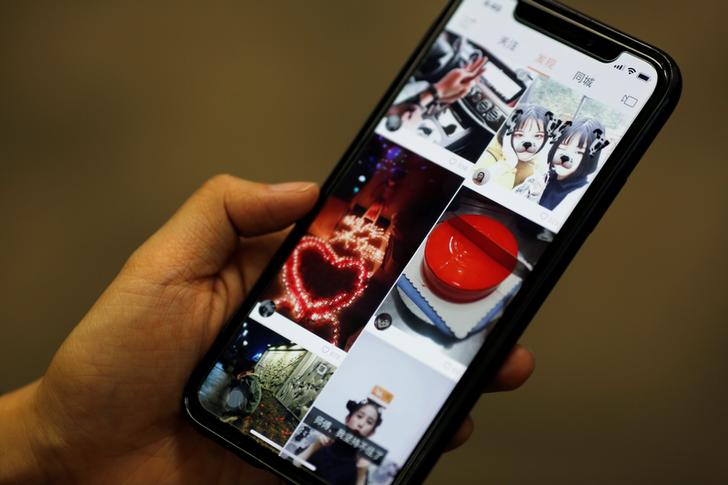 Who needs orchestrated campaigns like the short squeeze on U.S. video-game retailer GameStop when there is the old-fashioned lure of a shoot-for-the-moon stock? Kuaishou Technology shares almost tripled in their Hong Kong market debut on Friday following the Chinese video app’s $5.4 billion initial public offering. Regardless of its business prospects, signs of a crazed retail market are easy enough to spot.

Kuaishou is the city’s biggest initial public offering in more than a year. It broke records with 1.4 million Hong Kongers, or one in every four working-age adults, putting up a combined $162 billion to try and buy retail shares on offer. Including demand from large fund managers the deal attracted bids worth $370 billion, equal to the financial hub’s entire 2019 gross domestic product.

Unprofitable Kuaishou has big-name backers including Tencent, venture capitalist Sequoia China as well as private equity and wealth management funds. Number two in China’s video-streaming market after TikTok owner ByteDance, Kuaishou’s revenue grew 50% year-on-year, to $6.3 billion in the nine months to September. But despite a promising pivot to e-commerce, fierce competition will weigh on the company’s profitability.

Hong Kong is no stranger to market drama: moms and pops account for up to 20% of daily trading volume and IPOs allow for shares to be reallocated to retail shareholders if demand is strong enough. The fizz is growing, however. Nine of the city’s 10 biggest first-day price pops since 2015 have been in the past year, per Dealogic. Before Kuaishou, JD Health’s $4 billion December float had been the biggest draw, with 846,000 would-be individual investors.

The furore around GameStop, where discussions on internet chat groups led to a co-ordinated campaign to turn the tables on investors betting against the stock, has produced calls in Washington for regulatory action. That’s a far cry from Hong Kong’s approach, where get-rich-quick momentum trading has created opportunities for property developers and others to pile in on the new wealth. But it is just as much a sign of retail trading mania.

Shares in Chinese online video platform Kuaishou Technology rose as much as 200% in their Hong Kong stock market debut on Feb. 5, after the company raised $5.4 billion in its initial public offering last week.

Kuaishou attracted 1.4 million subscriptions from retail investors totaling $162 billion, or more than 1,200 times the amount of shares on offer.

Video-streaming app Kuaishou is pictured on a mobile phone in this illustration picture taken January 25, 2018.

Shares in Chinese online video platform Kuaishou Technology rose as much as 200% in their Hong Kong stock market debut on Feb. 5, after the company raised $5.4 billion in its initial public offering last week.

Kuaishou attracted 1.4 million subscriptions from retail investors totaling $162 billion, or more than 1,200 times the amount of shares on offer.